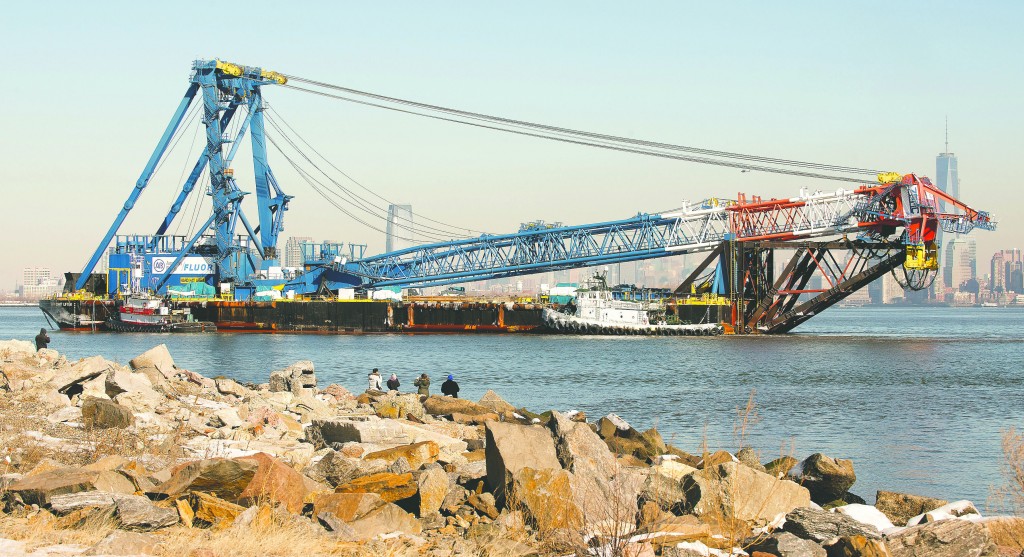 Two months after leaving San Francisco, a huge floating crane longer than a football field arrived Thursday along the Hudson River where it will be used to build the new $3.9 billion Tappan Zee Bridge.

The 400-foot-long Left Coast Lifter departed from the West Coast in December on a 6,000-mile voyage to New York. The crane traveled down through the Panama Canal, across the Gulf of Mexico, up the East Coast and through New York Harbor.

The “Left Coast Lifter,” nicknamed “I Lift NY,” one of the world’s largest, can lift 1,750 metric tons, or 12 times the weight of the Statue of Liberty. It will also be used to demolish the existing bridge.

I Lift NY will be docking at a private facility in Jersey City, where it will be berthed until it is moved to the New NY Bridge project site in the spring.