National Hitting the Road Following State of the Union
National 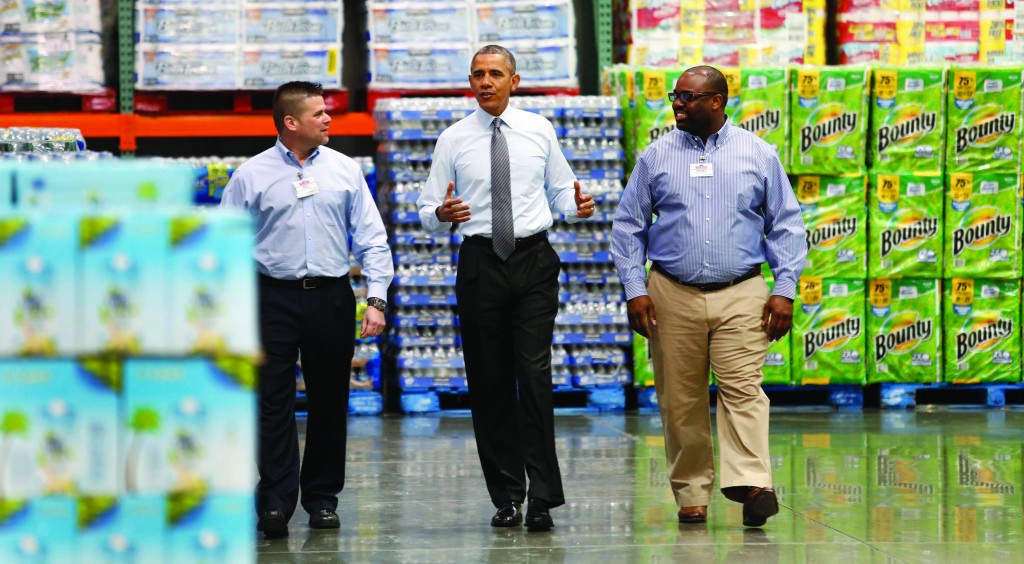 President Barack Obama set in motion a plan to help middle-income Americans save for retirement on Wednesday on a road trip to highlight themes from a State of the Union speech devoted to narrowing the gap between the rich and poor.

At events at a U.S. Steel plant near Pittsburgh and earlier at a Costco retail store outside Washington, Obama made good on his promise in Tuesday’s speech to focus on reducing income inequality — with or without the cooperation of Congress.

Obama signed a presidential order directing Treasury Secretary Jack Lew to establish a government-backed investment option called myRA that permits people with little to no savings to set aside as little as $5 in payroll deductions.

“If you worked hard all your life, you deserve a secure retirement,” Obama told about 1,500 plant workers.

The program seeks to address the problem that Americans have not made proper plans to set aside money for their old age and have neither pensions nor a 401(k) retirement savings plan.

The myRA plan is similar to the tax-advantageous Roth Individual Retirement Account, but with investment holdings backed by the U.S. government like savings bonds. The accounts would be available to households earning no more than $191,000 a year.

Some Republicans expressed concerns about the go-it-alone strategy Obama adopted on Tuesday night.

Asked at a Wall Street Journal breakfast about the president’s plans to make changes through executive orders when stymied by Congress, Republican Senator Marco Rubio said they were “deeply counterproductive to making progress.”

“All presidents get frustrated with the congressional branch. This president seems to have an extra frustration with it and reacts to it through unilateral actions that I think are counterproductive and in my opinion in some instances borderline unconstitutional,” said Rubio, a potential 2016 presidential candidate.

At the Costco store in Lanham, Md., flanked by boxes of paper towels and garbage bags, Obama said that in coming weeks he would sign an executive order raising to $10.10 an hour the minimum wage for federal contract workers. But he said Congress must act to raise it for millions of other American workers. The current federal minimum wage is $7.25 an hour.

“If you work hard, you should be able to pay your rent, buy your groceries, look after your kids,” Obama said at the big-box retail store, whose wage practices he had praised. “If you put in a hard day’s work you deserve decent pay for it.” 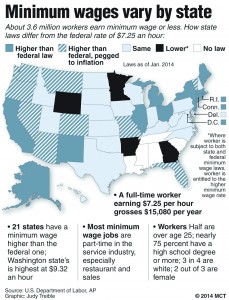 Obama noted that many state governors had already taken steps to raise the minimum wage in their states.

“While Congress decides whether it’s going to raise the minimum wage or not, people outside of Washington are not waiting, and I’m not either,” he said.

Obama’s travel had a political motive. He is trying to help Democrats win seats in November’s congressional elections by focusing on a popular theme that touches on the economy and income inequality.

Obama’s action on the minimum wage will affect only a relatively small number of workers, but it drew praise from members of his Democratic Party who were discouraged by the flawed roll-out of his signature healthcare reform law last fall.

“The increase in the minimum wage is a very powerful message. It resonates across the country,” said Senator Ed Markey of Massachusetts. “I think this will really give some wind to this year’s Obama agenda.”

Republicans oppose a broad increase in the minimum wage, saying it could cause employers to cut jobs and harm the economy.

The president’s determination to resort more to executive action follows a year in which his policy proposals failed to gain traction in a divided Congress, in which Republicans control the House of Representatives.

Vice President Joe Biden, however, said in interviews on Wednesday that the president did want to work with Congress and was confident of cooperation in some key areas, including reform of immigration policy.

House Republicans plan to discuss immigration during a three-day retreat in Maryland starting on Wednesday but conservatives in the party were wary about moving forward on the issue.