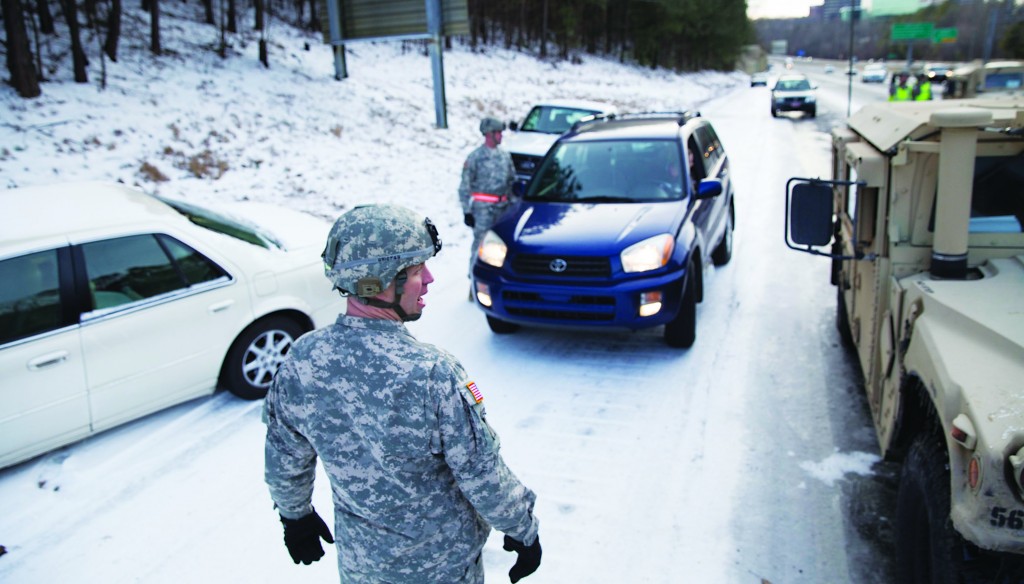 Georgia Gov. Nathan Deal took responsibility Thursday for the poor storm preparations that led to an epic traffic jam in Atlanta and forced drivers to abandon their cars or sleep in them overnight when a storm dumped a couple of inches of snow.

Deal and Atlanta Mayor Kasim Reed have found themselves on the defensive ever since the snow started falling and commuters rushed home at the same time schools let out, causing gridlock across the metro Atlanta region.

“We did not make preparations early enough,” Deal said at a news conference, apologizing to drivers who were stranded and to parents of children forced to sleep at their school or on school buses.

“I’m not going to look for a scapegoat. I am the governor. The buck stops with me,” he said.

At the peak of the storm, thousands of cars littered the interstates in Georgia and in Alabama. Some people ran out of gas, some were involved in accidents and others simply left their car on the side of the road so they could walk home or to someplace warm.

On Thursday, though, the sun was out across much of the South, temperatures were rising and snow was beginning to melt.

About 1,600 students in Alabama who spent two nights at schools were finally home, and all of the state’s highways were reopened. Still, officials warned drivers to be extremely cautious and to be on the lookout for icy patches. Schools and government offices were still closed in several states.