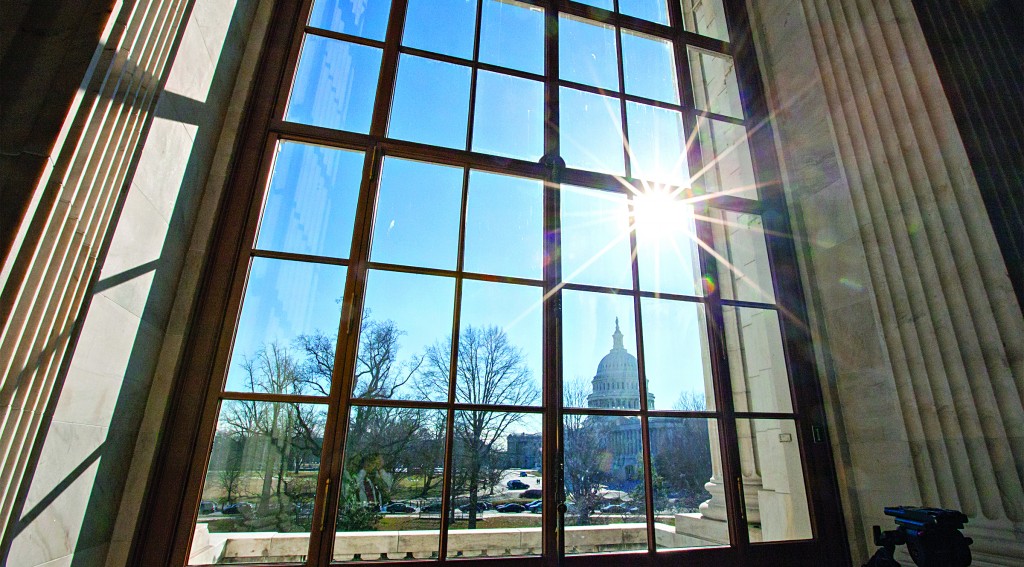 Frustrated by years of partisan gridlock, President Barack Obama is moving to flex his presidential powers during his sixth year in office. He’s starting by using Tuesday night’s State of the Union address to announce executive actions to raise the minimum wage for new federal contracts, help the long-term unemployed find work and expand job-training programs.

Obama’s go-it-alone strategy, with modest steps for now, is aimed both at jumpstarting his stagnant second term and prodding a divided Congress to take additional action to boost economic opportunity for millions of Americans. But there’s little indication lawmakers are ready to follow along, particularly as the nation barrels toward the midterm elections.

Keenly aware of Congress’ slim record of recent accomplishments, White House officials see a robust rollout of executive actions as the most effective way to show the public that Obama still wields power as the clock ticks on his presidency.

Yet much of what the president can do on his own is limited, as evidenced by the minimum wage proposal. The executive order will increase the minimum hourly payment for new federal contract workers from $7.25 to $10.10. But because the measure affects only future contracts, its immediate impact will be minimal.

“The question is how many people, Mr. President, will this executive action actually help?” said House Speaker John Boehner, R-Ohio. “I suspect the answer is somewhere close to zero.”

The White House says the wage hike would most benefit janitors and construction laborers working under new federal contracts, as well as military base workers who wash dishes, serve food and do laundry. But officials did not say how many people would fall into those categories.

Obama is seeking to build on the executive order by renewing his call for Congress to pass a minimum wage increase for all American workers, a proposal that gained little traction after he first announced it in last year’s State of the Union address. But White House officials feel somewhat optimistic that they could get backing this year given that some Republican lawmakers have also indicated an interest in working on income inequality and economic mobility issues.

Washington’s current focus on inequality comes as many parts of the economy are gaining strength. But the soaring financial markets and corporate balance sheets stand in contrast to the millions of people still out of work or struggling with stagnant incomes that don’t stretch as far as they used to.

Seeking to address those issues, Obama rolled out executive actions on job training, boosting employment opportunities for the long-term unemployed and expanding retirement savings for low- and middle-income Americans.

The retirement savings proposal is geared toward workers whose employers don’t currently offer such plans. The program would allow first-time savers to start building up savings in Treasury bonds that eventually could be converted into traditional IRAs. Obama will also tout an initiative to secure commitments from big corporations not to discriminate against the long-term unemployed during hiring. Representatives from major companies will join the president at the White House on Friday to promote the effort.

Some Republicans have warned that the president’s focus on executive orders could backfire by angering GOP leaders who already don’t trust the White House.

“The more he tries to do it alone and do confrontation, the less he’s going to be able to get cooperation,” said John Feehery, a former top House Republican aide.

The president will still try to score a few legislative victories this year, namely an overhaul of the nation’s broken immigration laws. The Senate passed landmark legislation last summer, but the effort stalled in the Republican-led House. Conservatives are pushing back against the president’s call to create a pathway to citizenship for the 11 million people living in the U.S. illegally. And some Democrats would prefer to use the unresolved issue to mobilize Hispanic voters for this year’s elections.

Obama will follow his State of the Union address with a quick trip Wednesday and Thursday to Maryland, Pennsylvania, Wisconsin and Tennessee to promote his proposals.