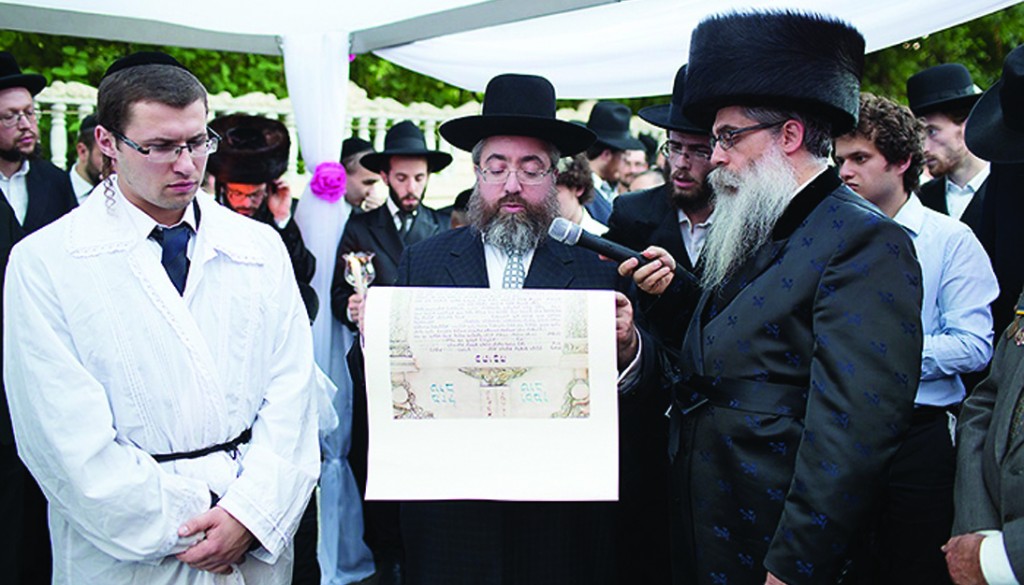 With Ukraine’s capital witnessing its worst violence in a decade, Kiev’s small Jewish community is hunkering down, not taking sides, as they wait for the protests over closer integration with Europe to subside, said the Eastern European nation’s Chief Rabbi.

Rabbi Yaakov Bleich, the U.S.-born shaliach of the Stoliner Rebbe, shlita, to Kiev since 1989, said that the two attacks against Jews in the past few weeks are complicating an already complex situation for Kiev’s 65,000 to 70,000 Jews.

Dov Ber Glikman, a member of Kiev’s Jewish community, was stabbed by unknown attackers two weeks ago. That followed a gang assault the week before on Israeli-born Hillel Wertheimer, which authorities say was a rare openly anti-Semitic attack on the streets of Kiev.

The attacks have scared the city’s Jews, some of whom are keeping their children home from shul and yeshivah because of it. Rabbi Bleich hired a consortium of security companies at a cost of $25,000 a month, to calm fears and keep life flowing as smoothly as possible.

Even Tuesday’s news of the resignation of Prime Minister Mykola Azarov did not ease the community’s concerns, Rabbi Bleich said.

“We are not loosening up on our security,” he said. “Until these guys are found we are still unfortunately a target.”

The number of Jews in Ukraine stands today at approximately 360,000 to 400,000, about .8 percent of the country’s total population of 46 million. The community’s leaders have close relationships with the top elected officials, and Rabbi Bleich has been invited by embattled President Viktor Yanukovych to attend several meetings on how to navigate the future of the nation.

“There is a good chance in my opinion that this is the beginning of the end,” Rabbi Bleich believes. “If [Yanukovych] is giving in, that means that his government resigned. … That means that he is going to have to call for early elections, and if that happens it means that everything is up in the air.”

“I think that we are going to see a downturn in violence and in chaos starting now,” he added, “and things are going to start getting better from now on and not worse.”

The riots, which began in November when Yanukovych pulled out of a treaty with the European Union, are composed of several parties, most of which do not alarm the Jewish community.

However, one of the far right parties has taken a nationalist bent, leading to anxiety of what will happen if the opposition takes power.

Rabbi Bleich is in touch with Jewish communities throughout Ukraine, from the more overtly anti-Semitic hotbeds of Lvov, where Rabbi Mordechai Shlomo Bald is Rav, to the more placid Odessa. So far there have been no overtly Jewish faces to the conflict, and the community is hoping that it stays that way.

In a drashah to his some 200-strong kehillah last Shabbos, Rabbi Bleich noted that both the stabbing of Glikman and the beating of Wertheimer occurred on Shabbos. He urged the kehillah to strengthen itself in shemiras Shabbos.