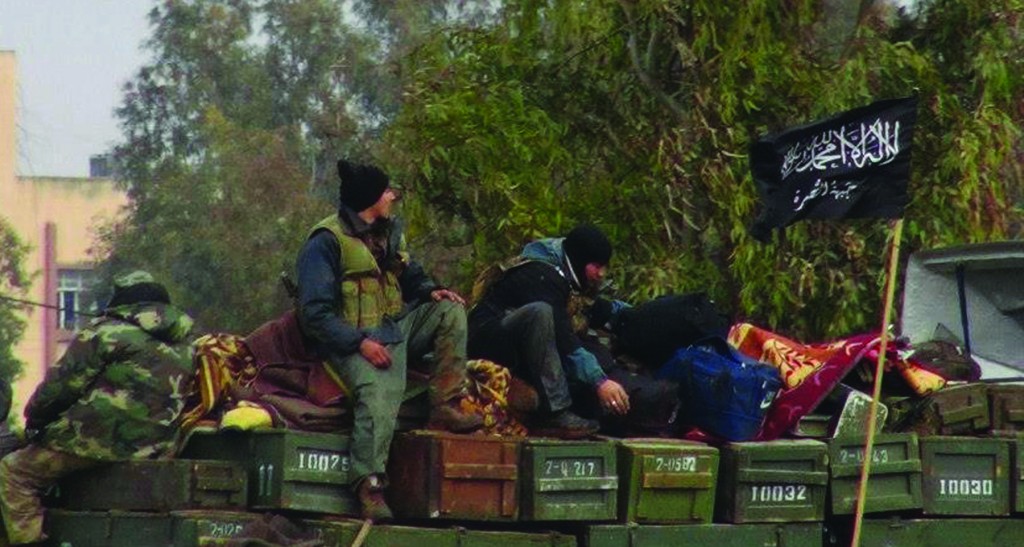 A sharp increase in the number of al-Qaida linked terrorists joining the fight against President Bashar Assad in Syria is threatening to spill over the borders and prompting Israel to re-evaluate its policy of neutrality in the civil war next door, a senior intelligence official warned on Friday.

The Israeli official, who spoke on condition of anonymity because military regulations prevent him from releasing the information, claimed more than 30,000 al-Qaida linked fighters are active in Syria, a huge increase over previous Western estimates. He did not disclose how Israel reached the figure or specify which groups were included in the count, only defining the fighters as believers in “global jihad,” which he said meant a mix of those linked to al-Qaida or inspired by the terror network.

The Israeli official estimated that just two years ago there were only about 2,000 jihadis in Syria but claimed the number has mushroomed to more than 30,000 as the conflict has dragged on, presenting the Middle East with a far more dangerous threat. He claimed that the Islamic rebel groups in Syria currently focused on toppling Assad intend to turn their sites on Israel after dispatching the Syrian government.

“After Assad and after establishing or strengthening their foothold in Syria, they are going to move and deflect their effort and attack Israel,” he told The Associated Press.

Israeli officials cite at least two cases of recent rocket fire from Lebanon they attribute to the al-Qaida-linked groups — although independent observers widely interpreted those as an attempt by extremist groups to prompt Israeli strikes on southern Lebanon, where the Assad-allied Hizbullah has a strong presence.

Aside from a few airstrikes against what were believed to be advanced weapons shipments from Syria into Lebanon, Israel has kept a low profile since the uprising against Assad began in March 2011, hoping to avoid being dragged into the conflict.

With the absence of any potential ally and any hope that a good resolution could come from the fighting, Israeli conventional wisdom has held that it was better off with it continuing and having the rival forces stay busy killing each other rather than noticing Israel.

But that may not be the case anymore. “The longer the war in Syria continues, the more jihadists and terrorists are coming to this territory,” the official said.

Aron Lund, editor of the Carnegie Endowment’s “Syria in Crisis” website, said the home-grown rebel groups such as Arhar al-Sham and Jaish al-Islam are focused on fighting in Syria and toppling Assad, not staging global attacks.

Lund was also wary of any figures for al-Qaida-linked fighters in Syria, noting the difficulty in accurately determining such numbers amid the blurry lines of the country’s chaotic conflict.

“I don’t even know how you calculate that. Who’s a fighter? Is it anyone with a gun, or is it anyone fighting at the front lines? Is it anyone helping out doing media work and medical work and organization?” he said. “I’m very skeptical of the comparisons that the uprising is X percent this and X percent that.”

The Israeli officer said 1,200 fighters belonging to five radical Islamic groups, including three with direct links to al-Qaida and the Nusra Front, were already in the Gaza Strip and have fired rockets at Israel from the Palestinian territory.