Israel Harper Has Bird Sanctuary Named in His Honor
Israel 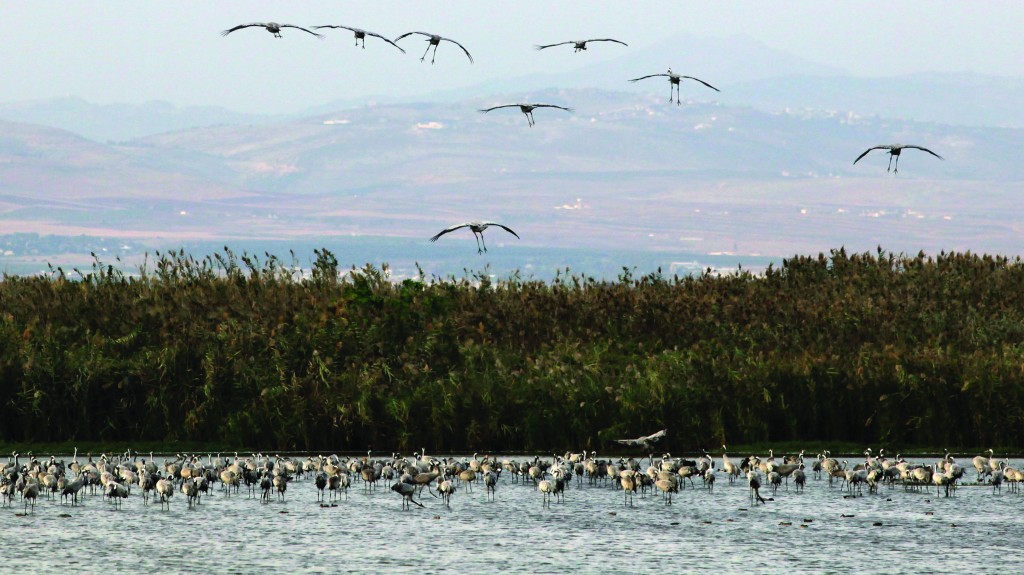 Besides a lot of mutual good feelings, Canadian Prime Minister Stephen Harper will leave a permanent mark on Israel after his four-day visit — a future bird sanctuary and visitors center in Hula Lake named in his honor, The Jerusalem Post reported.

The Harper Center will stretch over a 4,000 square-yard area and will include an arched, bridge-like structure suspended over a white-painted visitors’ center, with a wooden rooftop lookout and a grass-covered slope leading to the greenery below the building, according to architectural plans.

“It is my honor to be at this amazing site,” Harper said at the groundbreaking ceremony. “I intend to come back here and visit the new center that will be named for me. This center symbolizes for me the warm and unbreakable relationship shared between Canada and Israel.”

The Valley ranks among the five most–visited sites in Israel, attracting more than 400,000 visitors annually. The Harper bird sanctuary and visitors center is expected to be ready within two years at a cost of about 50 million shekels.

In the 1950s, the government-sponsored a project to drain the swamp lands of the Hula, to create agricultural land and reduce malaria in the region. Initially celebrated as a triumph of Zionist reclamation, it was later recognized as a cause of serious environmental consequences — such as pesticide flow from the valley into Lake Kinneret.

In response, a 100-hectare lake was created in the mid-1990s, which filters the water flowing from the valley to the Kinneret, allowing the region to once again become a refuge for some 500 million migrating fowl passing through twice each year.