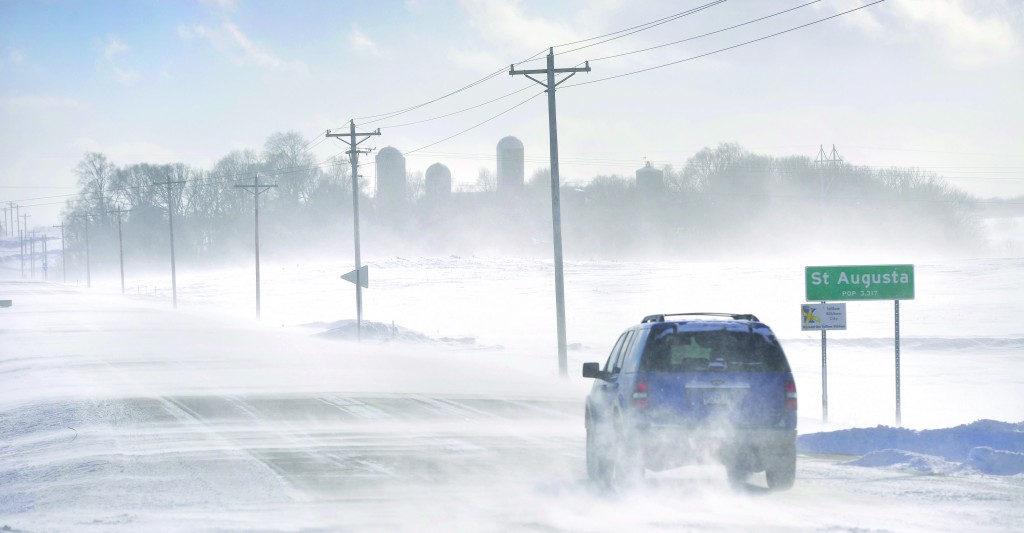 An unusual weather pattern driving bitterly cold air from the Arctic Circle south across a huge swath of the Midwest is expected to send temperatures plummeting Monday from Minneapolis to Louisville, Ky., the latest punch from a winter that is in some areas shaping up as one of the coldest on record.

Temperatures will remain in the grips of the deep freeze for 2 1/2 days, said meteorologist Mike Hudson of the National Weather Service in Kansas City, Mo. It will be similar to what happened earlier this month when temperatures dropped quickly and stayed low for days when a piece of the polar vortex — winds that circulate around the North Pole — “broke off and moved south,” Hudson said.

In cities where temperatures reached the 40s, 50s and even higher Sunday, people will wake up Monday to temperatures ranging from the teens to well below zero. And with the wind chill, cities throughout the Midwest will feel far colder than the minus 4 that Hudson said was expected in Barrow, Alaska, the nation’s northernmost city.

The weather service said city after city will face wind chills well below zero Monday: minus 43 in Minneapolis, minus 23 in both Milwaukee and Chicago, minus 14 in Kansas City, minus 10 in St. Louis, and minus 3 in Louisville.

In the Chicago area, residents were bracing for a historic deep freeze. Monday’s high was expected to be minus 4 degrees and drop as low as 17 below zero downtown, with wind chills as low as 40 below zero.

By noon Sunday, Chicago’s school district, which has approximately 400,000 students attending more than 650 schools, said it would be closed Monday. Districts in the Chicago suburbs also announced they’d be closed Monday.