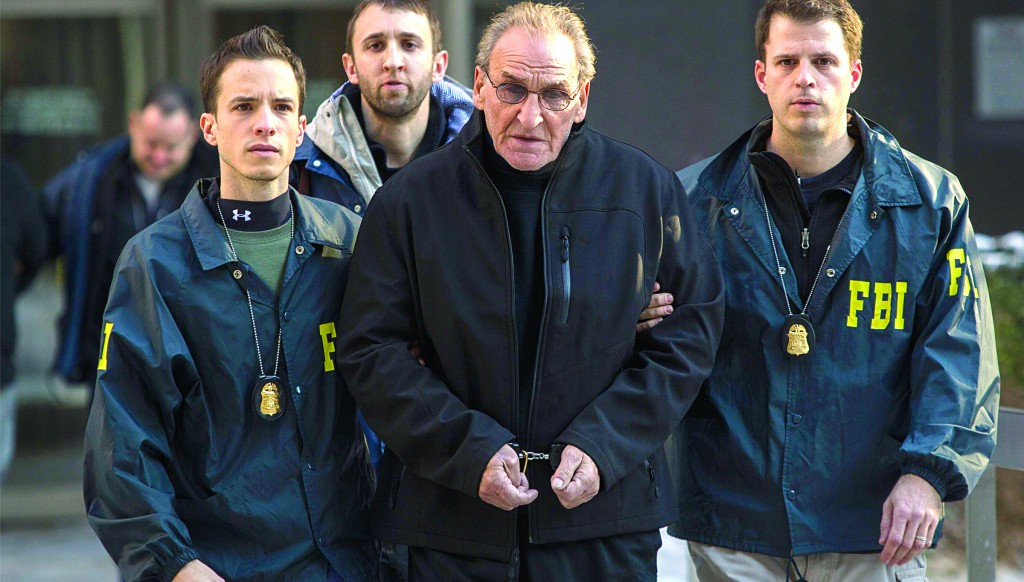 More than 30 years after hooded gunmen pulled a dramatic $6 million airport heist, an elderly reputed mobster was arrested at his New York City home on Thursday and charged in the robbery and a 1969 murder.

Vincent Asaro, 78, was named along with his son and three other defendants in wide-ranging indictment alleging murder, robbery, extortion, arson and other crimes from the late 1960s through last year. It accused Asaro of helping to direct the Dec. 11, 1978, Lufthansa airlines heist at Kennedy airport — one of the largest cash thefts in American history.

The gunmen invaded the airline’s cargo terminal and stole about $5 million in untraceable U.S. currency from a vault that was being returned to the United States from Germany. The cash was never found. Jewelry worth about $1 million also was taken.

According to court papers, an unidentified cooperating witness told investigators that he participated in the robbery at the direction of Asaro.

Each robber was supposed to be paid $750,000, but the cooperating witness said “most did not receive their share, either because they were killed first or it was never given to them,” according to the court papers.

Asaro and his son Jerome, both alleged captains in the Bonanno organized crime family, also were charged in a 1984 robbery of $1.25 million worth of gold salts from a Federal Express employee.

In addition to the heist, the elder Asaro was charged in the 1969 murder of Paul Katz.

The papers say the cooperator wore a wire and recorded a conversation he had with Asaro in 2011 in which the pair discussed the Lufthansa heist.

“We never got our right money, what we were supposed to get,” Asaro said, according to the court papers. “Jimmy Burke kept everything.”