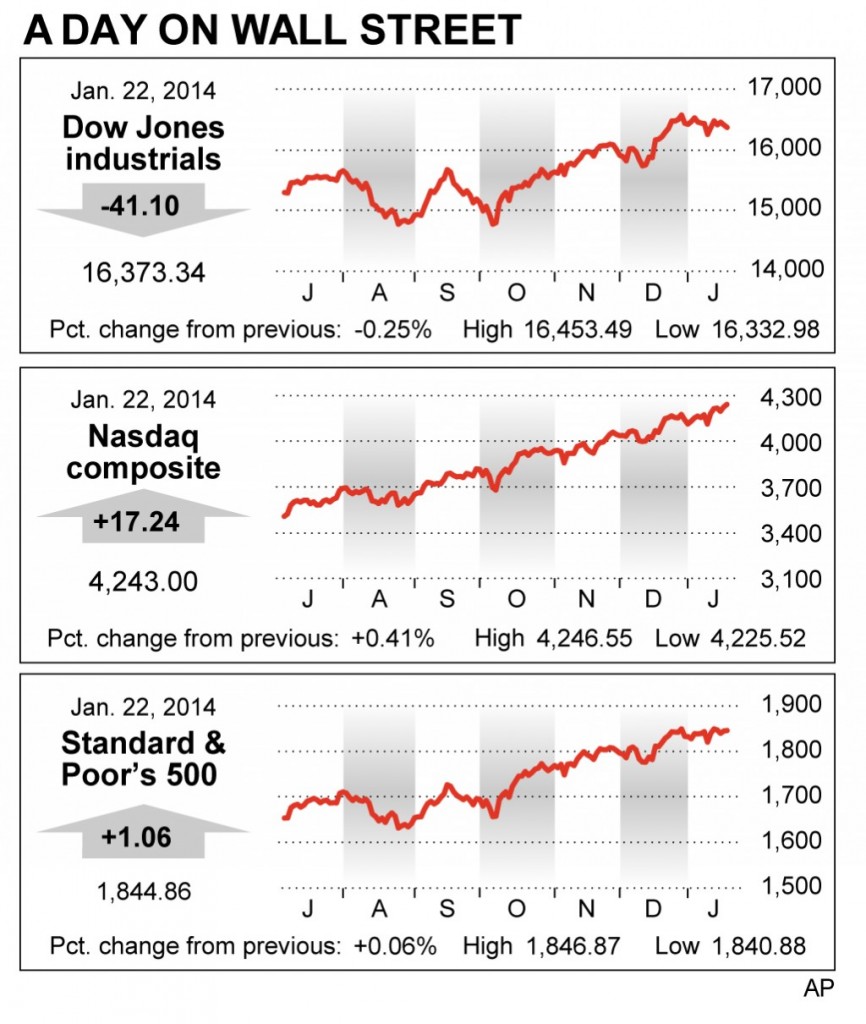 The Standard & Poor’s 500 index eked out its second small gain of the week Wednesday as investors pored over the latest earnings reports.

Norfolk Southern climbed after the railroad company said its fourth-quarter profit rose 24 percent, better than Wall Street analysts had forecast. TE Connectivity, an electronics company, was the biggest gainer in the S&P 500 after its earnings beat analysts’ expectations and the company posted a strong earnings outlook for the second quarter.

But there were also some high-profile disappointments.

Companies are still increasing their earnings and are forecast to log record quarterly profits for the period, but much of the improvement in recent years has come from cutting costs. As the economy strengthens, investors are increasingly looking for evidence that companies can increase revenue.

“There’s not a lot of cost left for companies to squeeze out,” said Andy Zimmerman, chief investment strategist at DT Investment Partners, an investment advisor.

Despite the lackluster start to the year, most investors see no cause to call an end to the stock market’s rally just yet. The S&P 500 is down 0.2 percent in 2014 after a gain of almost 30 percent last year.

“You had a massive run last year,” said Russ Koesterich, chief investment strategist at BlackRock. “And it’s not unreasonable that the market digests those gains.”

So far, the stock market has failed to get a lift from the company earnings reports that have come out.

Companies are forecast to increase their fourth-quarter earnings by 5.4 percent over the same period a year earlier to a record $27.77 a share, according to S&P Capital IQ data. That would be a slight decline from the third quarter growth rate of 5.6 percent and lower than last year’s pace of 7.7 percent.

Much like last year, small companies are again outperforming their larger counterparts. While the S&P 500 has moved sideways since the start of year, the Russell 2000, an index that tracks smaller companies, is up 1.5 percent. The Nasdaq composite is up 1.6 percent.

In government bond trading, the yield on the 10-year Treasury note climbed to 2.86 percent from 2.83 percent late Tuesday.

Among other stock making big moves:

— Apple climbed $2.44, or 0.4 percent, to $551.51. Billionaire investor Carl Icahn said on his Twitter account that he had increased his investment to more than $3 billion. Icahn wants Apple to “markedly” increase its share buybacks and said the technology company is doing investors a disservice by not doing so.

— Coach fell $3.17, or 6 percent, to $49.38 after the luxury goods maker reported a lower quarterly profit, citing weakness in women’s bags and accessories in North America. Coach is facing tough competition from rivals like Michael Kors.