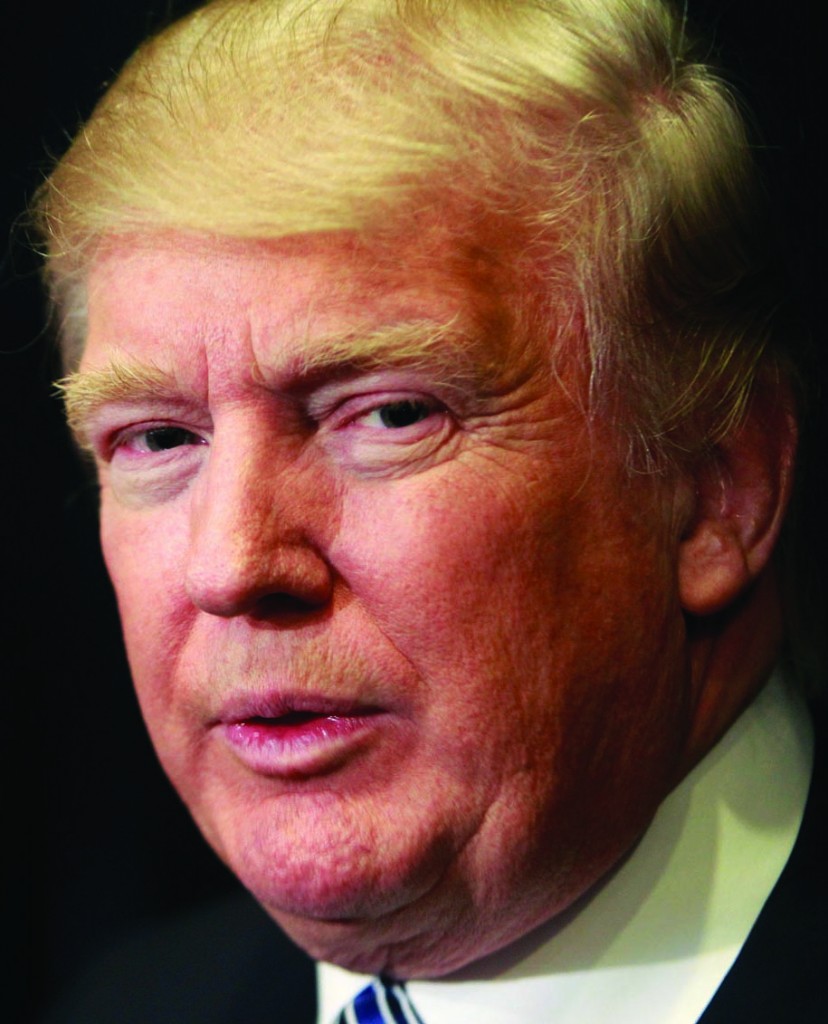 Outspoken real estate magnate Donald Trump said on Tuesday he may seek the Republican presidential nomination for 2016, adding that New Jersey Governor Chris Christie’s prospects for a White House run have dimmed since a scandal erupted.

A run for the presidency “is something I would certainly look at,” Trump told Reuters. “You know why? I’m unhappy with the way things are going in America.”

Trump gave the telephone interview before making a breakfast speech at the “Politics & Eggs” forum at St. Anselm College in Manchester, New Hampshire — an event that tends to feature presidential hopefuls. Trump did not directly address the idea of a running for office during the speech.

He told Reuters he was interested in the idea of personally undoing the legacy of President Barack Obama, who he said had made a “big mistake” with Obamacare, and had done too little to shore up the American economy.

In his speech, Trump said that Christie — widely seen as a potential Republican presidential candidate in 2016 — was “one email away from disaster” after revelations that four days of massive traffic jams on the George Washington Bridge were caused by an act of apparent political payback.

“The thing is he’s fired … people. I don’t know what they are going to say, or what emails they are going to produce. It’s a tough situation for him,” Trump said. “I would have thought Chris would do well [as a candidate]. He still could do well, but now it’s going to be tougher.”

Trump had also toyed with the idea of running for the 2012 Republican nomination but pulled out months before the primary, saying he was not ready to leave the private sector.

Trump said he believes Obama has not done enough to keep the United States competitive in the global economy, and faulted him for his handling of Iraq, Afghanistan, and Syria.

“We used to be the smart ones on the block, now we’re the dummies,” Trump said.

Trump has also hinted he could run for governor of New York in 2014, claiming he has a $200 million war chest if he chooses to challenge Democratic incumbent Andrew Cuomo.