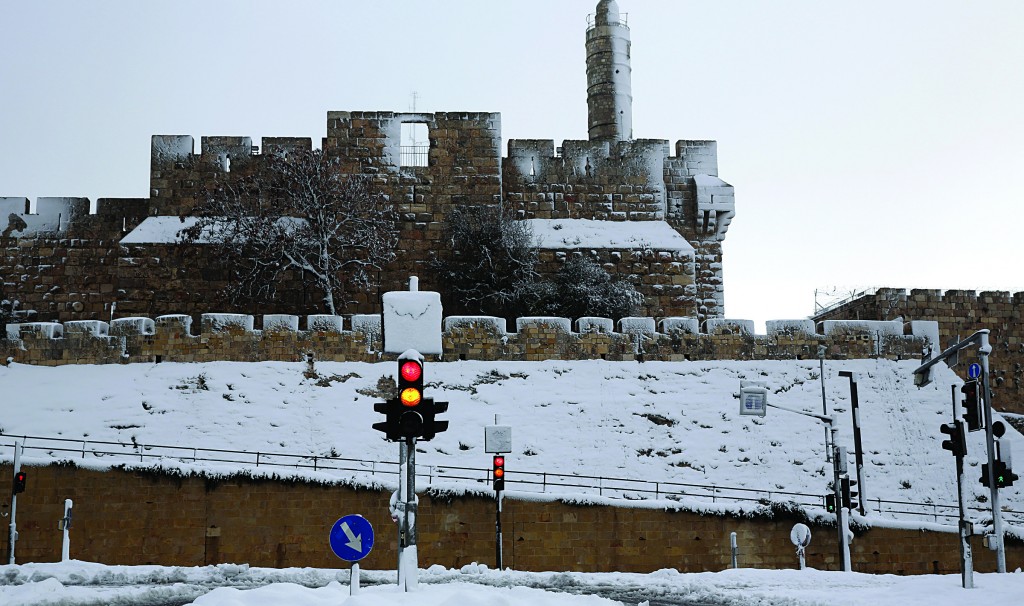 After a series of five moderate earthquakes shook the country in October, experts installed a seismic monitoring system at the Tower of David, one of the Old City of Yerushalayim’s most important — and most visible — historical sites.

The project is Israel’s first attempt to use such technology to determine structural weaknesses in the numerous ancient edifices that dot the country. The efforts, however, have been slowed by authorities’ reticence to publically declare sites as vulnerable, as well as the explosive geopolitics surrounding ancient Jewish, Christian and Muslim sites at the heart of the Mideast conflict.

Most of Israel’s historical sites “have not been checked,” said Avi Shapira, head of a national steering committee for earthquake preparedness. “We have them on the map, but an engineer still hasn’t visited them.”

Israel sits along the friction point of the African and Arabian tectonic plates, and is prone to small tremors. The earthquakes in October caused no major damage, but made Israelis jittery. About once a century throughout history, a large earthquake has rattled the region, often damaging key historical sites. The last major quake occurred in 1927.

The al-Aqsa Mosque on Har Habayis was destroyed in an earthquake shortly after it was built in the 8th century and has been damaged and repaired multiple times since due to quakes.

Israel has been bracing for another major earthquake for years. But those efforts have focused on retrofitting existing schools and hospitals and apartment buildings, and improving standards in new construction.

The only site in the Old City that Israeli officials say is being checked for a possible earthquake risk is the Tower of David. Six major cracks in the tower have the staff worried if it can withstand an earthquake.

Researchers from the University of Padua in Italy installed sensors throughout the tower to determine what kind of earthquake-proofing it might need.

Accelerometers along the tower measure small movements caused by wind and traffic, in order to predict how an earthquake would impact the structure. At the very top of the minaret, thin bars affixed to the stones slide like bicycle tire pumps to measure the movement of cracks. Data collected by the equipment will be analyzed to determine any structural flaws in the tower and, if needed, to suggest engineering solutions to stabilize the site.

Experts said the monitoring technology is already in place in the famous Qutab Minar monument in New Delhi, minarets in Bosnia-Herzegovina, and various sites in Italy.

Initial assessments for the Tower of David are good. Claudio Modena, a University of Padova engineer, said the tower seems capable of withstanding an earthquake because its ancient foundations sit on bedrock. Three steel rings that hug the cracked minaret, installed during earlier British rule in the city, have helped save it from collapse, he said.

Orna Cohen, chief conservator of the Tower, said that in the event of an earthquake, Yerushalayim’s most ancient structures of massive stones might actually be the city’s most dependable.

“If they still stand after so many earthquakes during the last 2000 years, they must be good structures,” Cohen said.