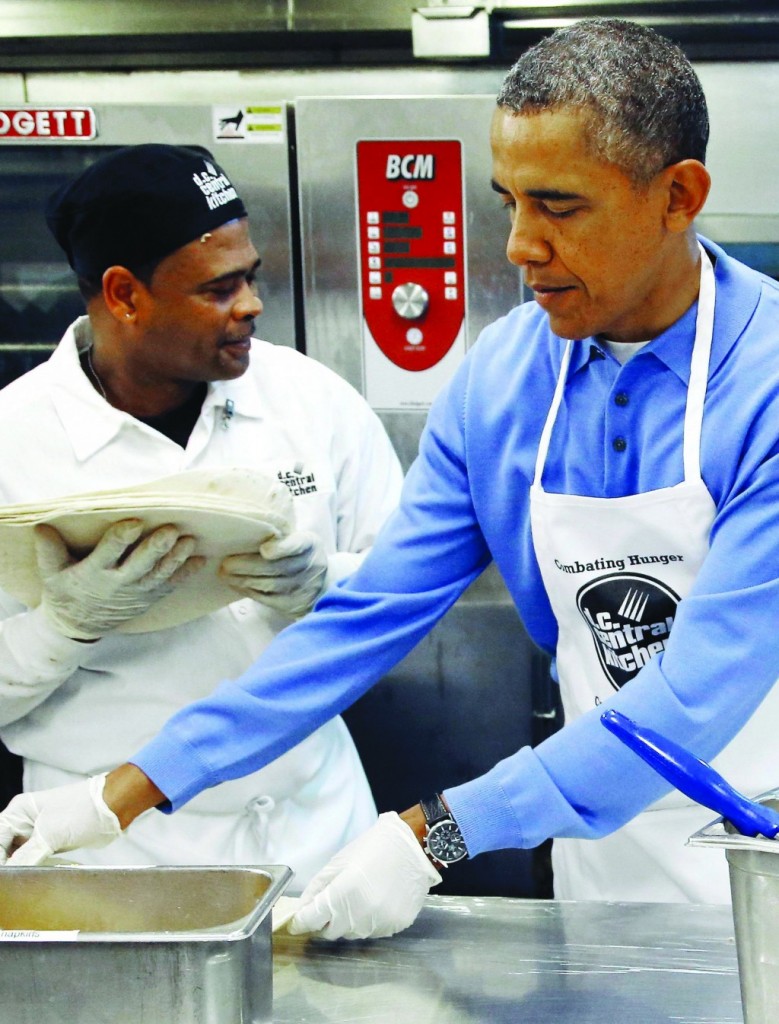 President Barack Obama honored Martin Luther King Jr.’s legacy of service Monday by helping a soup kitchen prepare its daily meals and a host of administration figures fanned out across the capital to appear at holiday events.

Obama took his wife, Michelle, and daughters Malia and Sasha to DC Central Kitchen, which is a few minutes away from the White House by presidential motorcade. They joined an assembly line that was churning out burritos. Asked what the burritos were being stuffed with, Obama said it looked like lamb.

Obama said he came to help the facility mark its 25th anniversary on Monday. Among those joining him there was senior adviser Valerie Jarrett.

Vice President Joe Biden appeared at the National Action Network’s annual Martin Luther King Jr. breakfast, and later joined the Catholic Volunteer Network in serving a hot lunch to guests at SOME — So Others Might Eat.