Israel Harper: Canada Is With Israel ‘Through Fire and Water’
Israel 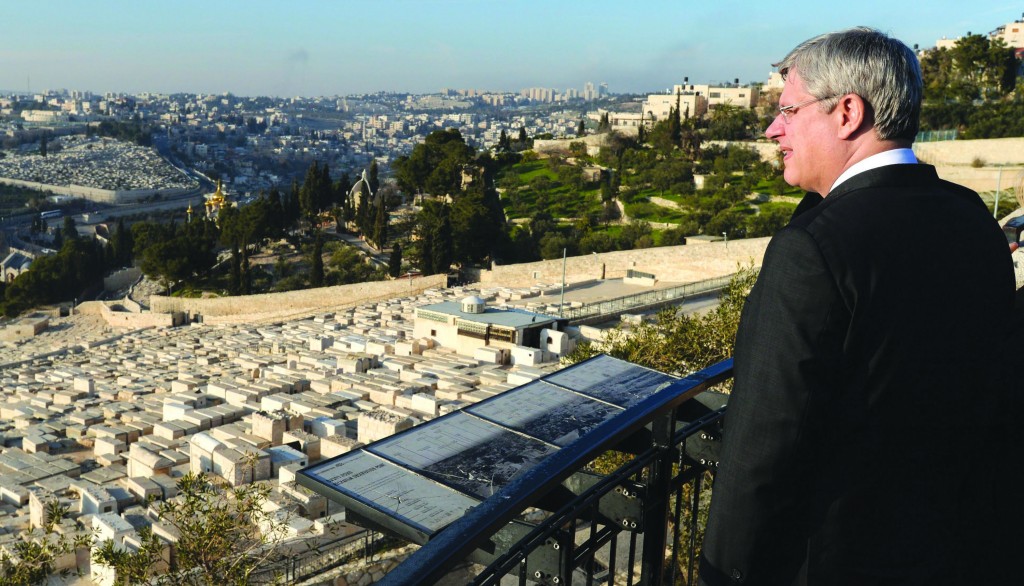 Given Harper’s record of courageous support for Israel — which has already cost Canada a seat on the U.N. Security Council and could cost Harper votes at home — Knesset members realized it wasn’t empty rhetoric and the response was enthusiastic.

“Canada supports Israel because it is right to do so. It is a Canadian tradition to stand for what is principled and just, regardless of whether it is convenient or popular,” he said.

“It is right to support Israel because after generations of persecutions the Jewish people deserve their own homeland,” the prime minister said.

During his address, Harper also made note of his country’s not-unblemished record. “We have also made mistakes, as in the refusal of our government in the 1930s to allow in Jews fleeing from Europe.”

It is “deplorable” that some in the international community still question Israel’s right to exist, he said.

Harper stressed the strong relationship between the two countries, and mentioned the Canadian army’s use of Israeli technology in Afghanistan.

Not all of the MKs gave Harper a warm welcome. Arab MK Ahmad Tibi screamed “settlements,” while Talab Abu Arar, shouted and stormed out of the hall. After the outburst, Harper garnered a standing ovation from the rest of the plenum.

Before leaving the podium, again to a standing ovation, Harper repeated his key message: “Through fire and water, Canada will stand with you.”