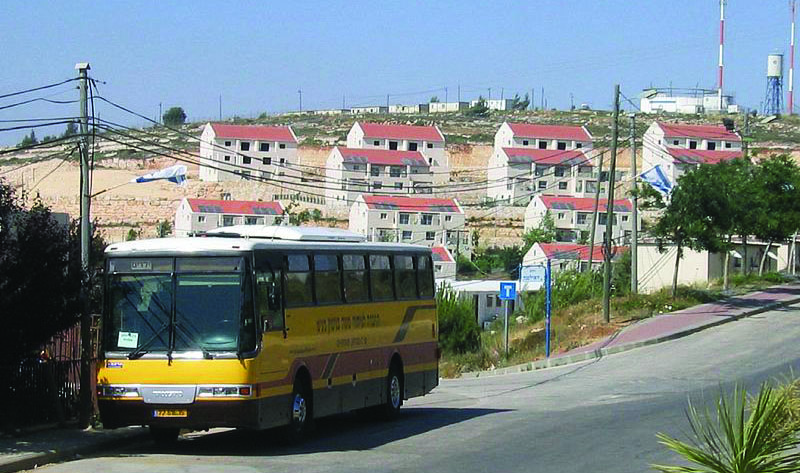 Israeli Prime Minister Binyamin Netanyahu has increased the amount of territory in Yehudah and Shomron he wants to keep after any peace deal with the Palestinians, Israeli radio reported on Thursday, a move that could complicate efforts to reach an accord.

Netanyahu’s spokesman declined to comment on the report that he had added a bloc of Israeli communities in the region to a list of enclaves Israel intends to retain.

That would leave 13 percent of Yehudah and Shomron in Israeli hands, Israel’s Army Radio said.

There was no immediate comment from Palestinian Authority President Mahmoud Abbas. But a Palestinian official, who asked not to be identified, rejected the idea.

“We are saying that once we agree on the withdrawal to 1967 borders, we can accept minor exchanges of land on a case-by-case basis,” the official said.

According to the report, Prime Minister Netanyahu told Secretary of State John Kerry that Israel intends to hold on to Beit El in addition to the Etzion, Maale Adumim and Ariel blocs it has long said it would keep.

Beit El, north of Yerushalayim, is next to the city of Ramallah, where Abbas’s Palestinian Authority is headquartered.

Army Radio said Netanyahu had also departed from past blueprints that had envisaged an equal trade of land inside Israel for any areas it retained over the Green Line.

Instead, the station reported, Netanyahu has offered to buy some of the land from the Palestinians, but that they had rejected such a deal.

The radio attributed its information to an anonymous source familiar with the details of five-month-old, U.S.-brokered peace talks between Israel and the Palestinians.