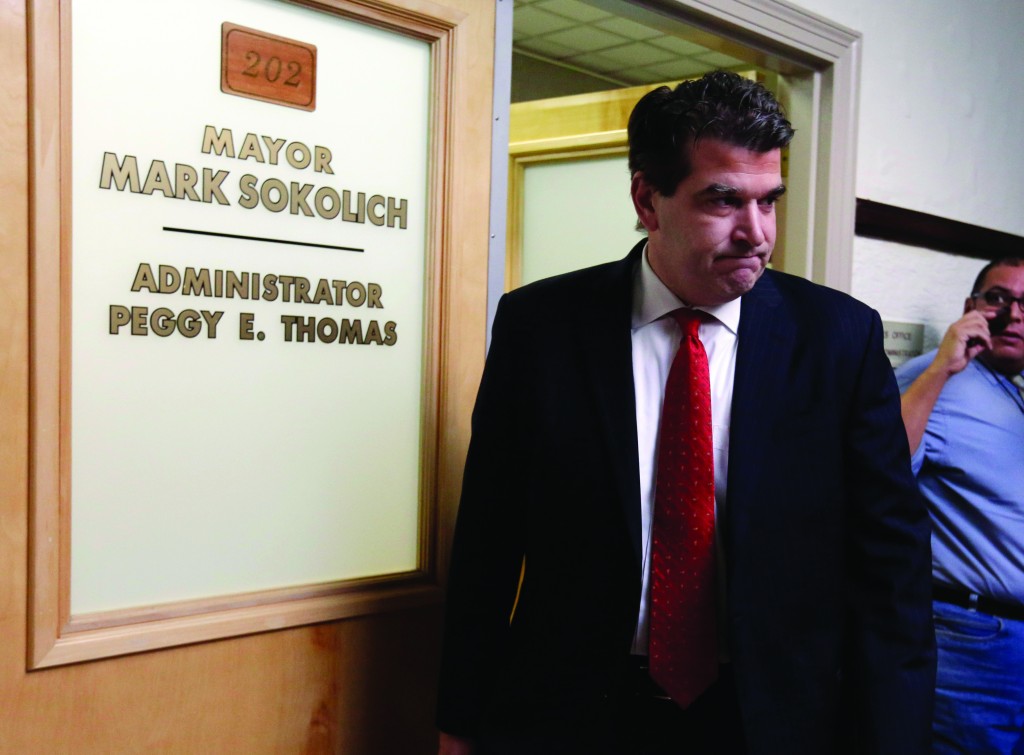 When Mayor Mark Sokolich’s greeting  card showed up in mailboxes a few weeks ago, some residents took careful note of the photo selected for the front: the steely silhouette of this borough’s treasured, and sometimes detested, George Washington Bridge —and a Revolutionary War cannon firing off a shot, as if to warn off unseen enemies who might try to threaten it.

“My opinion, just as a recipient of the card, I think the photo speaks for itself,” said Tom Meyers, a fourth-generation resident, town cultural officer and student of Fort Lee’s history, chuckling at the thought.

Until a political scandal centering on New Jersey Gov. Chris Christie enveloped this town of 37,000, many people knew little more about Fort Lee than do the thousands of drivers whose cars speed — or, too often, crawl — across its landmark bridge each day. The town was just the blur of glass high-rises and brick Cape Cods on the other side of the guardrail.

But to people who live in this New York City suburban community defined by both a feisty pride and frustration over the mixed blessings of its chokepoint locale, the scandal is the reminder they did not need of how the bridge dictates the rhythm of everyday life — and the lack of recognition the town gets for the challenges that poses.

“We endure combat here every single day dealing with that bridge traffic,” Sokolich said Thursday, when he stepped before the cameras to respond to allegations that Christie’s top aides orchestrated a plan to clog the borough streets with traffic as a form of political payback. “So … to deal with it from a man-made standpoint, yes, it’s very frustrating. It is.” 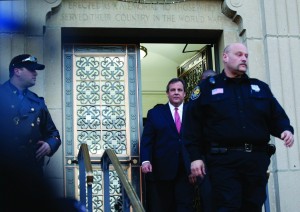 To those who know Fort Lee, rather than merely pass through it, the borough boasts a distinct identity, shaped by location and history. The borough distinguished itself first as the site of a Revolutionary War encampment used to stage a crucial but unsuccessful attempt by George Washington’s forces to turn back the British. And it has long defied stereotypes of suburban sameness as a settling place for immigrant up-and-comers, with aging Italian and Jewish populations now giving way to Koreans and other Asians.

But the bridge to Manhattan is what puts the “gateway to New Jersey” on the map every waking day, and defines its modern-day consciousness.

The bridge’s outline stretches across the insignia of both Fort Lee’s fire department and its sister ambulance corps. Each of the 20 cabs at Babe’s Taxi, which has operated from the foot of the bridge since 1947, crosses the bridge at least 10 times a day, ferrying residents to and from New York.

People know here to set the clocks early to leave time to get their kids to school in the morning because of rush-hour New York-bound traffic. On their way to stop for coffee at Washington Bridge Plaza, they pass the Bridge Hand Car Wash in front of a 10-foot airbrushed mural of the bridge twinkling at night.

In the shadow of the world’s busiest river crossing, Don Sposa stood at the window of the bridge-themed restaurant Thursday, marveling at the majesty and frustrations of the span and now, the unseemly notoriety it has delivered to this often overlooked town.

When the marvel of engineering over the Hudson River opened in 1931, it was touted for its promise, soon colored by political reality.

Franco Pietropaoloa, a barber in downtown Fort Lee for 55 years, says a fellow hair clipper, now dead, often recalled that, at its opening, bridge operators promised that once its construction was paid off, crossing the George Washington would be a free trip.

“Now the bridge is $13. It’s a disgrace,” Pietropaoloa said.

When the bridge was under construction, local officials and developers foresaw a land boom for what was then still a town with farms and some unpaved roads. The borough took on heavy debts to pay for new streets and pipes. But the Great Depression erased those hopes and Fort Lee spent the 1950s in receivership. Development kicked in only in the 1960s, when builders began putting up apartment towers for New York commuters.

But once Fort Lee got its bridge and figured out how to leverage its location, life became governed by the incessant thrum of its traffic. That explains much about the reaction here to the allegations of political mischief.

“The tie-up was horrific,” said Suzanne Miller, a retired accountant sipping her coffee in a bakery blocks from the bridge Thursday. She recalled the days in September when Christie allies ordered entry lanes to the span closed suddenly. A drive from home to the shop three blocks away that would normally take a minute took 20.

Miller noted that she voted for Christie in November because he seemed like somebody who got things done. “That’s what I liked about him. … He told it like it was. I thought he was different.”

Now, though, reading news accounts of how the traffic slowed an ambulance crew from reaching a 91-year-old woman who later was pronounced dead, she is doubtful, thinking about her own 96-year-old mother in town. “I’m not amused.”

“It’s wacko. I’ve never seen anything like it,” said Melissa Kelly, recalling how a house guest was forced to walk across the nearly mile-long bridge to Manhattan because of the frozen traffic. “Who are these people? Who are they? Why do they do these crazy things?”

But others took Christie at his word Thursday when he apologized and said he had no knowledge of his aide’s misdoings. They chalked it up to politics, and some pointed out that life here has long meant complaining about traffic, no matter whose fault it is. Most recently, some residents have complained mightily about a pair of 47-story glass towers going up just south of the bridge, and the traffic the new residents will add to the borough’s roads.

“This is what Fort Lee is going to become more and more, and you have to get used to that,” said Susan Boni, the owner of the Frames of Mine shop, within sight of the bridge, who lived in the town for 25 years.

Boni applauded Christie’s apology Thursday, accepting it as a sign of leadership and responsibility, and felt ready to move on. Then she heard that he was planning to come to the borough to deliver his apology personally and started imagining the traffic that, hours later, true to her prediction, locked up borough streets.

“I heard this morning that he’s coming to Fort Lee and I thought, ugh, there goes my day.”