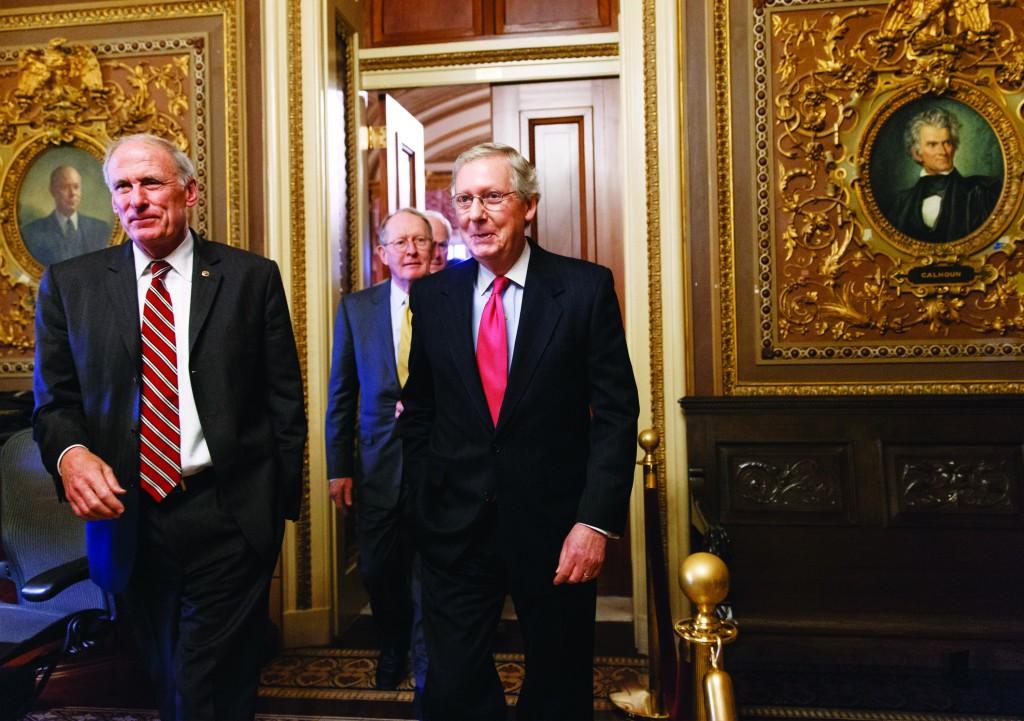 In her 17 months out of work, Lita Ness has heard all the criticisms of extended unemployment insurance that has led to the program getting suspended amid a partisan standoff in Congress.

“I find it very offensive when they say people on unemployment are just milking it,” said Ness, 58, who spent 17 years as a civilian contractor at a local Air Force base and has worked since she was 16. “I’m not a big fan of rejection and I get rejected every day.”

Staunchly GOP El Paso County is home to the largest number of people in Colorado  who lost their benefits last month, and it underscores the difficulty some conservatives face convincing congressional Republicans to stand firm and not fund a program they argue can actually prolong joblessness.

Democrats propose to extend the emergency benefits for people who have been or are about to be out of work for more than six months; Republicans are less inclined to take that step, particularly if it means the government borrows more money. The paralysis led to the expiration of benefits for 1.3 million long-term unemployed on Dec. 28. Lawmakers are still working on a compromise.

El Paso County spreads out beneath Pike’s Peak to the arid high plains that stretch toward Kansas. It is dominated by conservative Colorado Springs and its surrounding military facilities, which include the Air Force Academy, NORAD and Fort Carson. The area’s aerospace and defense industry was hit hard by last year’s automatic cuts in federal spending, which economists blame for aggravating a persistent joblessness problem.

The district, dominated by El Paso County, is represented by GOP Rep. Doug Lamborn, a conservative who has objected to the extension of unemployment benefits unless they are fully paid for with money from elsewhere in the budget. “It’s $6 billion, doesn’t do anything to create jobs,” Lamborn’s spokesman, Jarred Rego, said of the Democrats’ proposal. “House Republicans remain focused on creating jobs and improving the economy.”

The district is considered a safe one for Lamborn. The lone Democrat who has announced a challenge, retired Air Force Maj. Gen. Irv Halter, accused Lamborn of indifference to his constituents. “This is just another example of Congressman Lamborn being out of touch,” Halter said in a statement.

There are no data showing the political affiliation of people who lost their emergency jobless benefits or tracking them by congressional district. Democratic staff on the House Ways and Means Committee crunched their own data from 20 states to demonstrate that jobless benefits have a bipartisan reach. They claim conservative stalwarts such as John Fleming in Louisiana and Michele Bachmann in Minnesota represent districts with disproportionately high percentages of people who drew the emergency benefits.

Heidi Shierholz, an economist at the liberal Economic Policy Institute in Washington, said those who lost benefits are “just a cross-section of the unemployed. They’re not going to be predominantly Democratic or predominantly Republican. They’re just going to be workers who had the bad luck to lose a job in the worst recession we’ve had in 70 years.”

Economists say the longer-term unemployed tend to be older — a slice of the population that has become more supportive of Republicans in recent elections.

Lengthy unemployment aid can exacerbate this problem by making it easier for those on aid to hold out for jobs that are similar to the ones they lost, said James Sherk, an economist at the conservative Heritage Foundation. “As the benefits draw down, they expand their search to jobs they wouldn’t consider before,” Sherk said. “But it’s going to be a lot harder for them to find a job with one year out of work than with three months out of work.”

“I’m registered as a Republican, but if they continue to use this not extending our (aid) I’m probably changing to Democrat,” Ness said as she took a break from a computer training class at the workforce center. “People in our district who vote ‘no’ on this, I’m not going to support them.”