Regional Christie: ‘We Let Down the People’
Regional 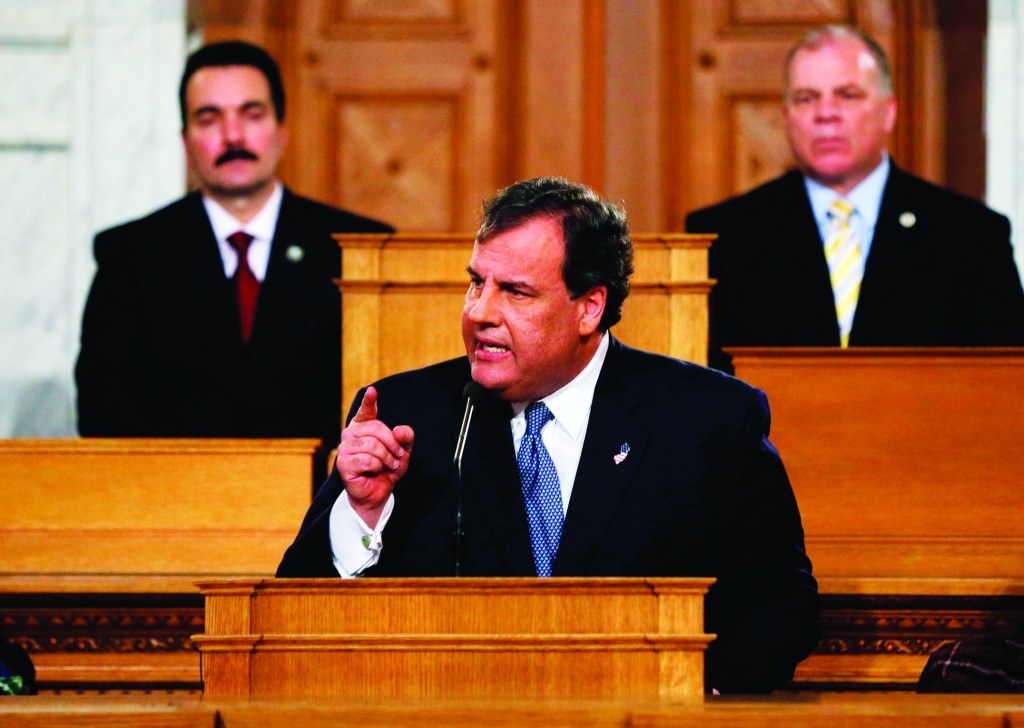 Faced with a widening political scandal that threatens to undermine his second term and a possible 2016 presidential run, New Jersey Gov. Chris Christie apologized again Tuesday, saying his administration “let down the people we are entrusted to serve” but that the issue doesn’t define his team or the state.

On the eve of his second term, the governor opened his annual State of the State address by touching only briefly on the apparent political payback plot before moving on in his 46-minute speech to take credit for the state’s improving economy and cycle through such familiar themes as avoiding tax increases and working with the Democrats who control both chambers of the state Legislature.

“The last week has certainly tested this administration,” he said. “Mistakes were clearly made. And as a result, we let down the people we are entrusted to serve. I know our citizens deserve better.”

He received tempered applause after he went on, saying, “This administration and this Legislature will not allow the work that needs to be done to improve the people’s lives in Jersey to be delayed.”

Turning later to policy matters, he warned that the state must reduce its pension and debt-service payments in the coming year. They’re scheduled to rise by a combined total of nearly $1 billion.

He also promoted the state’s rising high school graduation rate and proposed lengthening both the school day and school year but did not offer details. The school-time proposal received a standing ovation from lawmakers and other dignitaries at the State House speech.

Christie promised to present choices to overhaul the state’s tax system next month when he presents his budget proposal but did not offer an insight on how he might want to do that. A tax cut he proposed two years ago foundered in the Legislature.

Among his audience were lawmakers who announced this week that they’re intensifying their probe of the political retribution scheme.

The scandal broke wide open last week with the release of documents showing the involvement of Christie aides and appointees in apparently politically orchestrated traffic lane closings in September that caused massive gridlock. The governor has fired one close aide and others on his team have resigned.

Christie first apologized last week during a nearly two-hour news conference, saying he was blindsided by his staff’s involvement. Christie has denied any knowledge in the planning or execution of the plot, and there is no evidence linking him to it.

A popular figure in the Republican Party, Christie won re-election by 22 points in November after earning high marks from New Jerseyans for his handling of the state’s recovery from Superstorm Sandy, and his stock had been rising as a potential candidate for president in 2016.

Now, he is hoping his State of the State address will help him rebound from the apparent political payback scheme that could damage his second term and cut short any ambitions to run for president.

The first year of his second term is considered a key building block for his political future.

After his November re-election, his advisers suggested he had just a one-year window to stack up accomplishments as a can-do, bipartisan leader before his lame-duck status — and a prospective White House campaign — start to interfere.

The recent revelations may have slammed that window shut.