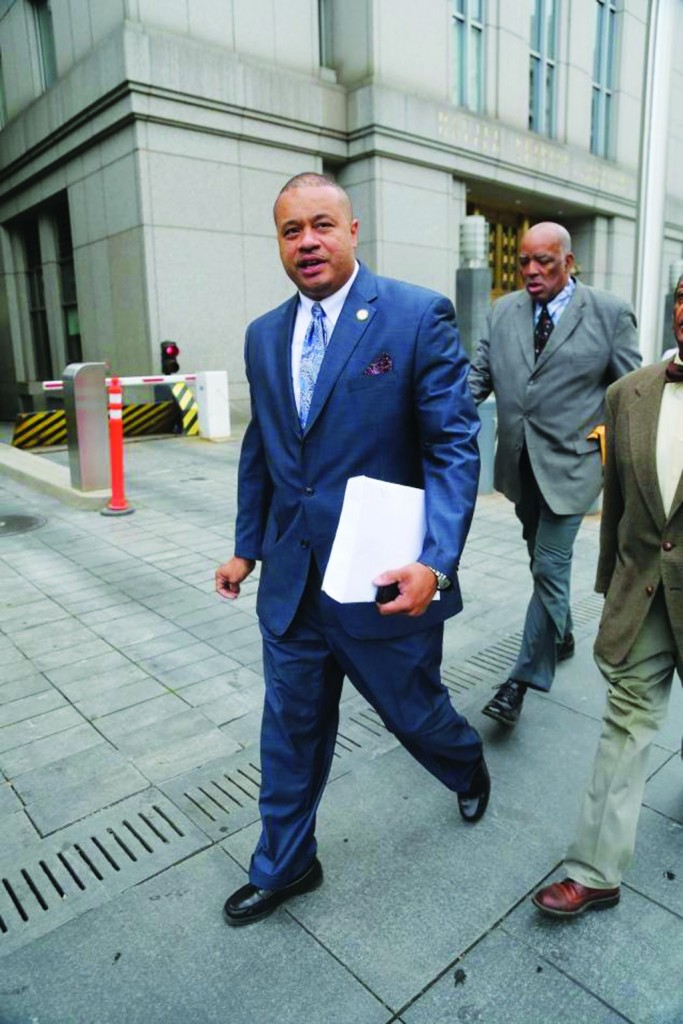 A Bronx state assemblyman was convicted of bribery charges Monday after a jury saw video images of him accepting what prosecutors said were envelopes of cash paid to protect a new adult center in his district from competitors.

The verdict against Democratic Assemblyman Eric Stevenson brings to 11 the number of vacancies in the lawmaking body. Gov. Andrew Cuomo is expected to decide in the next few weeks if he will call special elections to replace them. He has previously cited the high cost of the sparsely attended special elections as a reason to leave the seats empty until the regularly scheduled election in November.

Prosecutors said Stevenson made phone calls to help the Bronx adult center get its electrical needs met before introducing a bill in the state legislature to ban competitors from opening near the adult center for three years.

His conviction automatically caused his expulsion from the legislature. U.S. District Judge Loretta Preska set sentencing for May 20. Stevenson did not testify during the weeklong trial, but his lawyer argued that the government used a corrupt informant to trick Stevenson into saying things that sounded incriminating.

U.S. Attorney Preet Bharara said: “Graft and greed are intolerable in Albany, and we will go to trial as often as we have to until government in New York is cleaned up.”