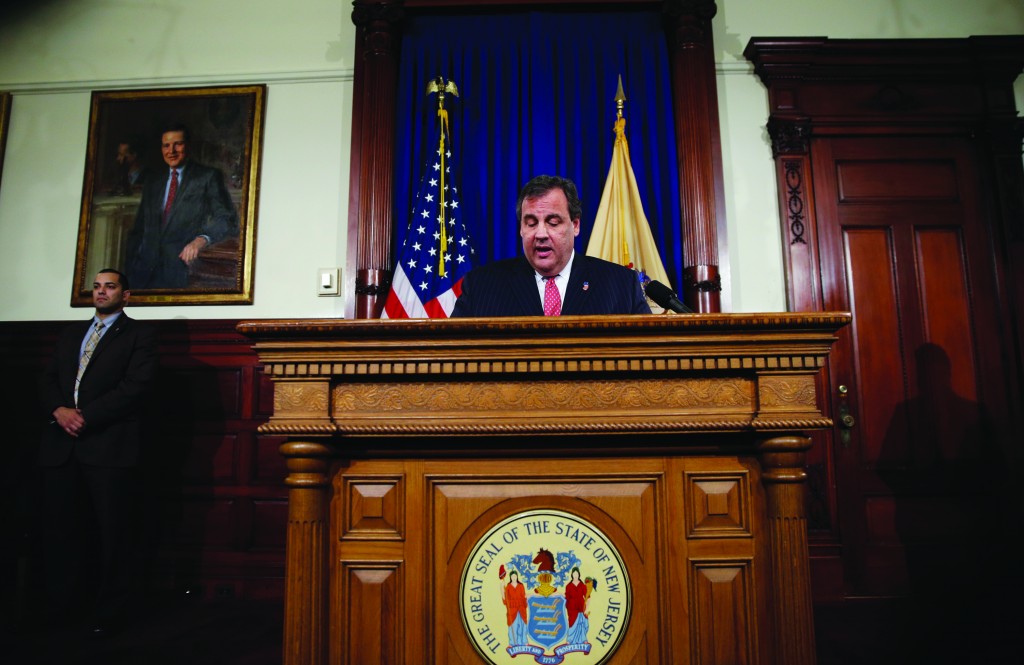 Two months after winning reelection by a landslide, New Jersey Gov. Chris Christie has hit the low point of his political career. Two months after being touted as the nominal frontrunner for the 2016 Republican presidential nomination, his prospects for claiming the White House are clouded by controversy.

The fall came quickly for the  governor. His self-made reputation for blunt talk and his seeming enthusiasm for confrontation with anyone who disagreed with him always has been part asset and part liability. The worry for Christie now is that the scandal over a massive traffic jam on the George Washington Bridge ordered by his own people will tip the scales decisively in the direction of liability.

None of the emails directing traffic problems for Fort Lee touched Christie directly. His challenge now is that he may be forced to play against type. He has put himself forward as the man in charge, the decisive governor and no-nonsense former prosecutor. He portrayed himself last week as the outraged victim of those who work for him, deceived by underlings. But he was not apologetic.

Christie promised to hold those responsible accountable, which is the minimum necessary. What more does he owe those New Jersey citizens whose lives were disrupted by an act of political retribution? The question is whether he can be both tough and believably contrite — a posture for which he is not well known.

As with all political scandals, broad conclusions in the opening hours are risky. The controversy has touched off a fevered round of speculation about just how seriously this could complicate Christie’s hopes of winning either the GOP nomination or a general election.

Among those watching closely, both Republicans and Democrats, two thoughts have emerged. If there is anything that ties Christie directly to what happened, the controversy likely will be fatal to his future political aspirations. That’s pretty obvious. If not, the issue is whether this becomes a moment that fades rather quickly in public consciousness or that leaves lasting doubts about Christie’s character and temperament.

A Republican strategist with close ties to the party’s establishment wing, where Christie has been strongest, said that the controversy is causing some reassessment of Christie the politician and potential presidential candidate.

The reasons are twofold. First, the instinct to punish Fort Lee Mayor Mark Sokolich reflected bush league thinking. Christie did not need the mayor’s endorsement to win reelection. And he had other Democrats backing him.

Republicans cannot stomach the idea of a 2016 campaign with a nominee who isn’t politically competent and adept. Christie and his team had earned a reputation for competence. Now that’s called into question.

Second, Christie’s initial reaction perpetuated the image of an angry politician, not an apologetic one who felt remorse or regret for the disruption caused by the actions of those in his administration. That too was a cause for concern within the party establishment — that Christie somehow misjudged what was needed in the immediate aftermath of the emails.

For Christie, there will be plenty of time for apologies. Whether they are ultimately seen as a genuine change in his otherwise aggressive posture or merely a short-term strategy to get through this controversy is the more important question. From here on, anything that reinforces the image of a belligerent politician will be all the more problematic for him.

Christie is fortunate that the presidential campaign is well in the future and that the voters in the early primary and caucus states are paying minimal attention to any of the early maneuverings. With that in mind, Republicans and Democrats who have been through presidential cycles are cautious about drawing conclusions.

“This probably costs him the momentum he had in the national space and potentially complicates the finance side at the least,” said one strategist. “If it spirals out of control, it could be ultimately very, very bad, but I don’t think we are there yet.”