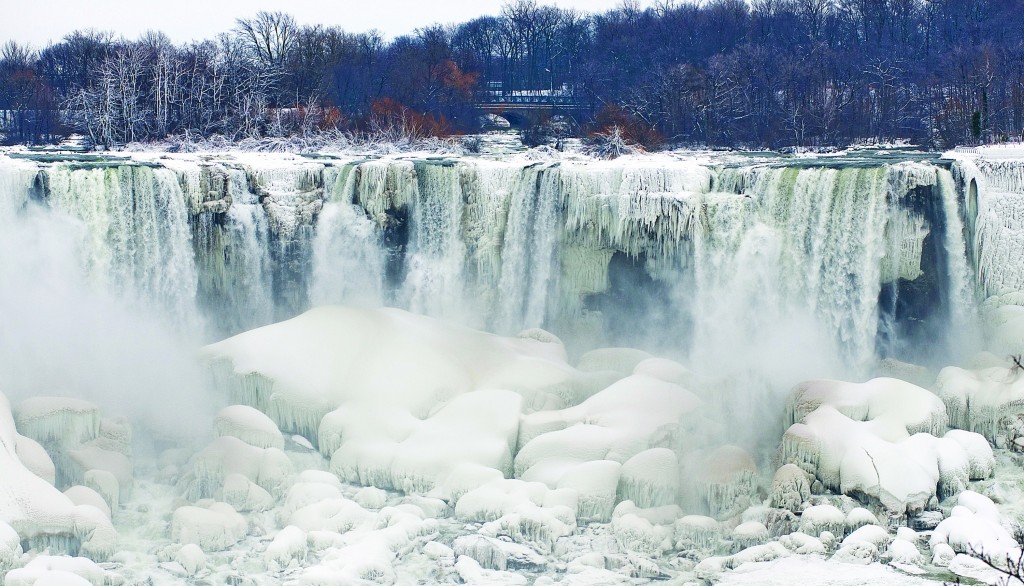 Niagara Falls hasn’t frozen over, but it has become an icy spectacle, thanks to a blast of arctic wind and cold that blew around and froze the mist on surfaces and landscaping.

Despite the urban legends, Niagara Falls doesn’t freeze in the winter. Nevertheless, “it’s stunning,” said a tourist on Thursday.

A section of the American Falls, one of three waterfalls that make up the natural attraction, has frozen. The Niagara River rapids and larger Horseshoe Falls continue to flow unimpeded.

And it’s all surrounded by a white blanket of snow and ice, which coats railings and lampposts, shrubs and boulders. The cold even brought the return of the “ice bridge,” an ice formation that stretches below the falls, linking the United States and Canada. Until 1912, tourists were allowed to walk on the bridge. That ended when the bridge collapsed and three tourists died.