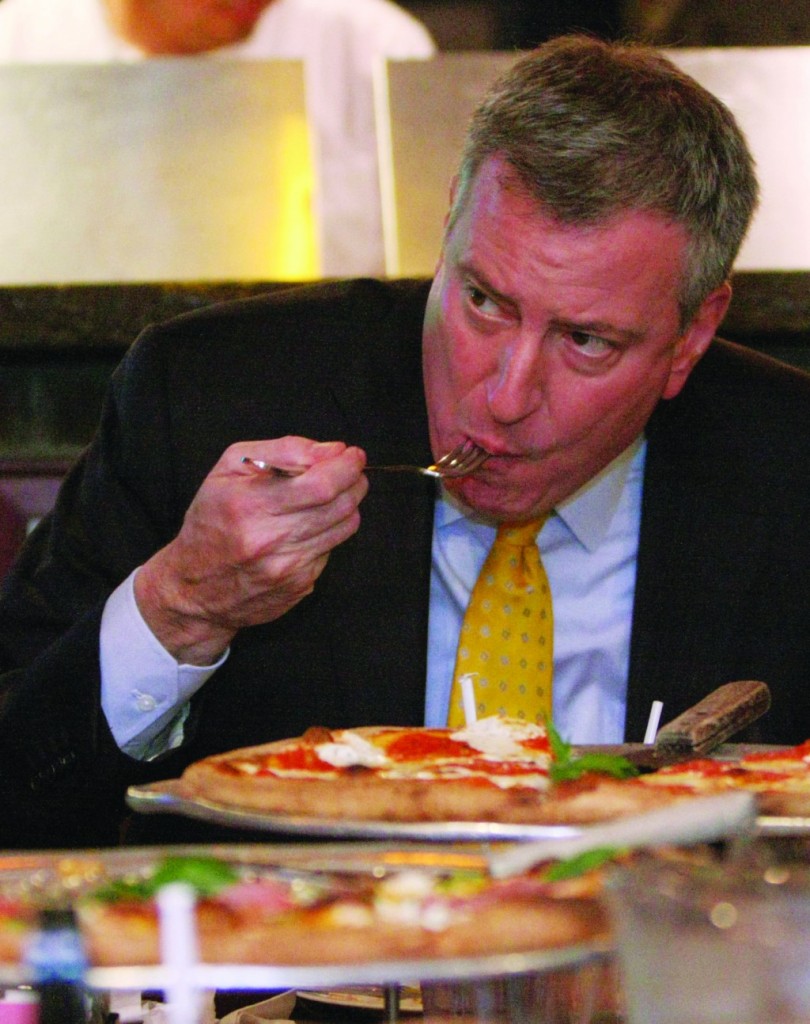 New York City Mayor Bill de Blasio got his pizza with smoked mozzarella and a dash of dishonor.

The newly installed mayor unintentionally spiced up a political meeting at a Staten Island pizza joint Friday by digging into his slice with a knife and fork.

That’s a no-no for many New Yorkers, who believe pizza should be folded and eaten with their hands.

Photos of a utensil-wielding de Blasio spread across social media and prompted mock outrage, some even calling for his impeachment.

De Blasio, who prides himself on his Italian-American heritage, later explained that he eats pizza the way they do in Italy. He starts with a knife and fork, then uses his hands.