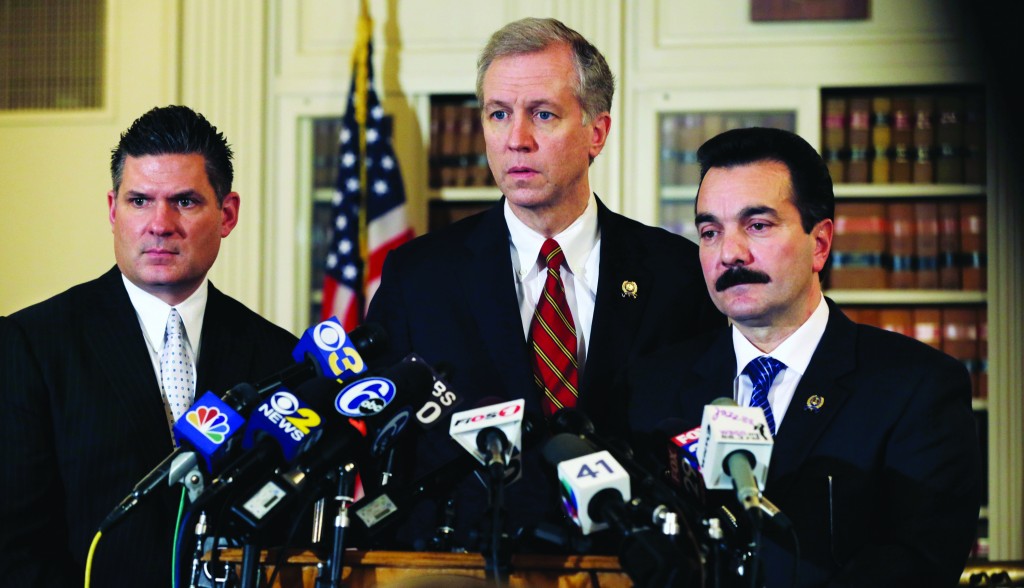 The week of headaches for New Jersey Gov. Chris Christie continues: He is now facing questions over whether his office improperly used Superstorm Sandy aid funds for political purposes.

The probe comes days after Christie was engulfed in a political scandal when emails surfaced implying that top aides orchestrated the closure of lanes on the busy George Washington Bridge and snarled traffic in a town whose mayor had declined to support the governor’s re-election bid.

At issue in the new probe are funds from a disaster recovery block grant. New Jersey had received permission to spend funds on a marketing campaign to encourage tourism to the Jersey Shore.

But Pallone’s office says that the contract to develop the marketing plan was awarded to a firm that charged $4.7 million for its work. The next lowest bidder proposed only $2.5 million. The winning bid proposed including Christie and his family in the ads. The lower cost proposal did not include a Christie ad.

Pallone’s office said Monday that the Inspector General’s office had found enough evidence to justify a “full-scale audit” of the state’s usage of federal funds.

“We received a request from Congress and are performing an audit to address those concerns,” said Ian O’Connor, a spokesman for the Inspector General’s office, in a release.

It is ironic that Christie is coming under fire for his use of these funds. When Congress stalled passage of the Sandy relief bill in early 2013, Christie publicly blasted House Speaker John Boehner.

Christie’s office has called the audit a “conveniently timed announcement” and said, in a statement, that the “Stronger Than the Storm” campaign had been praised by the Obama administration and by HUD.

“Federal agency reviews are routine and standard operating procedure with all federally allocated resources to ensure that funds are distributed fairly,” Christie spokesman Colin Reed said in a statement. “We’re confident that any review will show that the ads were a key part in helping New Jersey get back on its feet after being struck by the worst storm in state history.”