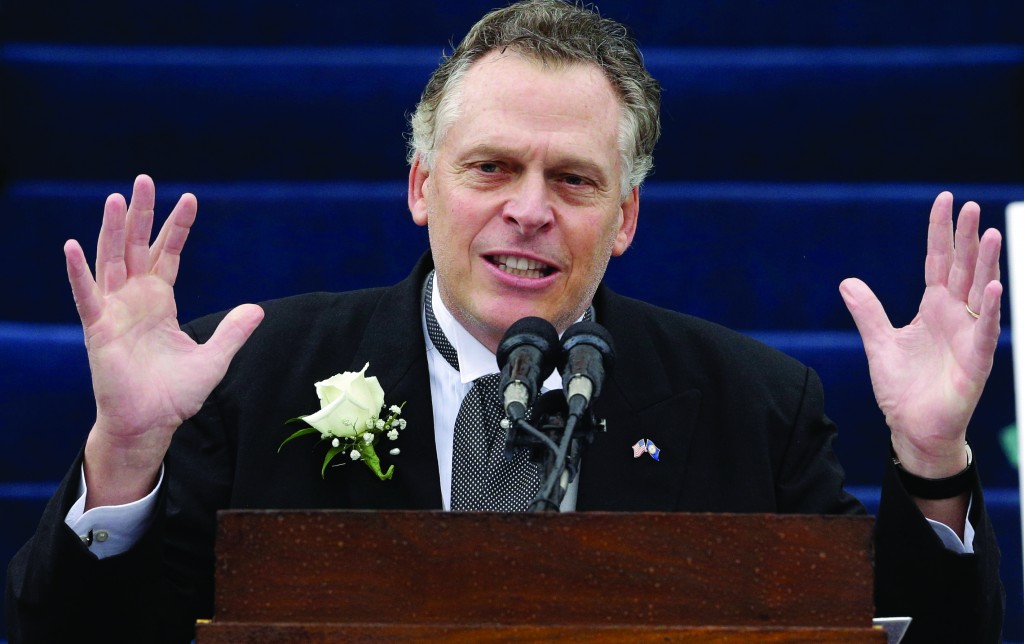 Terry McAuliffe, the former Democratic National Committee chairman and rainmaker for Bill and Hillary Clinton, was sworn in as Virginia’s 72nd governor on a mild and rainy Saturday.

In an inaugural address on the south portico of the state Capitol designed by Thomas Jefferson, McAuliffe emphasized bipartisanship as he put several years of campaigning behind him to begin the more challenging task of leading a politically divided government. Republicans have firm control of the House of Delegates, while the outcome of two special elections will determine control of the Senate.

“Common ground doesn’t move towards us, we move towards it,” McAuliffe told a drenched crowd that included the Clintons, who huddled under a black umbrella until the rain stopped and the sun briefly peeked out during the new governor’s speech.

The state will face “serious economic headwinds” over the next four years, McAuliffe said, and skeptics are predicting partisan gridlock.

The crowd cheered as the Clintons entered and made their way to their second-row seats.