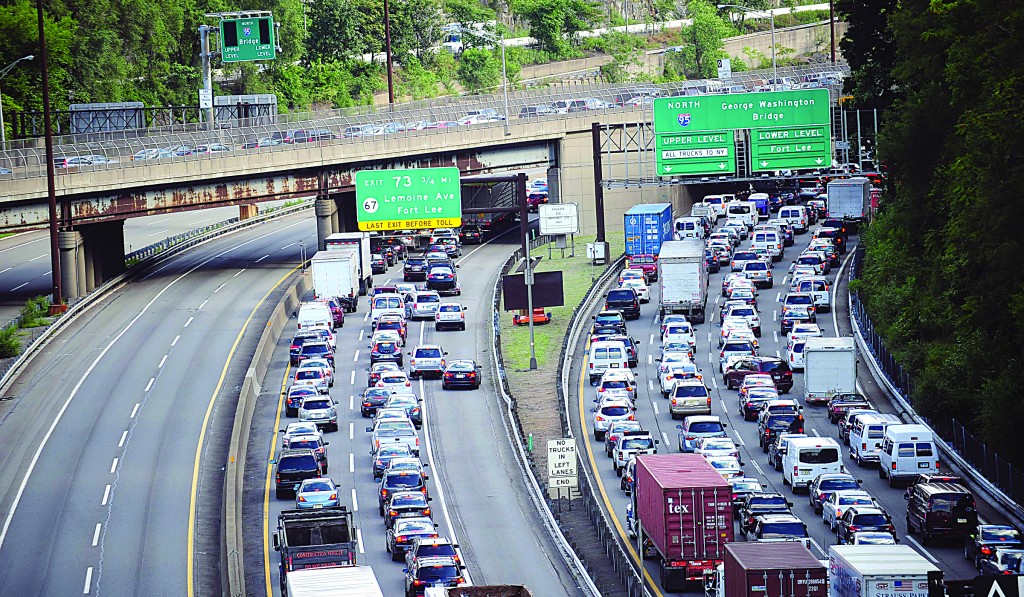 Officials squabbled over media leaks and worried about bad publicity in the days after lane closings near the George Washington Bridge caused huge traffic jams that now appear to have been politically orchestrated by a member of Gov. Chris Christie’s administration, emails released Friday show.

In the documents, Christie aides seemed more concerned about the political fallout than the effects of the gridlock on Fort Lee during four mornings in September. The thousands of pages were released by a New Jersey legislative committee investigating the scandal.

The emails show that the traffic jam created tension between New York and New Jersey appointees at the Port Authority, with the New York side angrily countermanding the closings.

Port Authority chairman David Samson, a Christie appointee, suggested that the authority’s executive director, Patrick Foye, who was appointed by New York Gov. Andrew Cuomo, had leaked to a reporter an internal memo ordering an end to the lane closings.

It was Foye’s Sept. 13 email that ordered the lanes reopened that generated deep discussion. In it, Foye called the decision to close the lanes “abusive” and added, “I believe this hasty and ill-advised decision violates federal law.”

Bill Baroni, the Christie-appointed deputy director who has since resigned, forwarded a copy of the angry email to Christie’s secretary. Later that day, Baroni emailed Foye: “I am on my way to office to discuss. There can be no public discourse.”

Foye responded: “Bill that’s precisely the problem: there has been no public discourse on this.”

The newly released documents show that there was, in fact, a traffic study that was done, or at least a preliminary one.

Michael Cassidy, a University of California engineering professor, said that the study appears to be a legitimate internal report of the sort officials often circulate.

“It could well be a good-faith effort, if not the finest in the annals. I cannot say this is not a study,” he said. “You wouldn’t want to publish it in an academic journal.”

How to deal with the fallout from the traffic became an issue.

In an Oct. 9 email exchange, Philippe Danielides, a senior adviser at the Port Authority, asked David Wildstein, a Christie appointee at the agency, “Has any thought been given to writing an op-ed or providing a statement about the GWB study? Or is the plan just to hunker down and grit our way through it?”

In a Sept. 17 email, Christie spokesman Michael Drewniak appears to send Wildstein a response to be sent to a reporter. “Traffic studies or pilots are done all the time,” he wrote. “They’re temporary, and if they’re not done, how can the effectiveness of a new approach be tested?”

The documents also showed confusion as the closings started.

One employee asked, “What is driving this?” Another responded that he was wondering the same thing: “It seems like we are punishing all for the sake of a few.” One passed along a complaint from a woman who said her husband, who had been out of work for more than a year, had been 40 minutes late for a job interview .

“The undersigned inquired if this is a permanent plan or temporary,” Capt. Darcy Licorish recounted her meeting with the bridge manager. “The manager could not supply an answer to that or other questions. Inquiry was also made as to the notifications of the township. No answers could be supplied.”