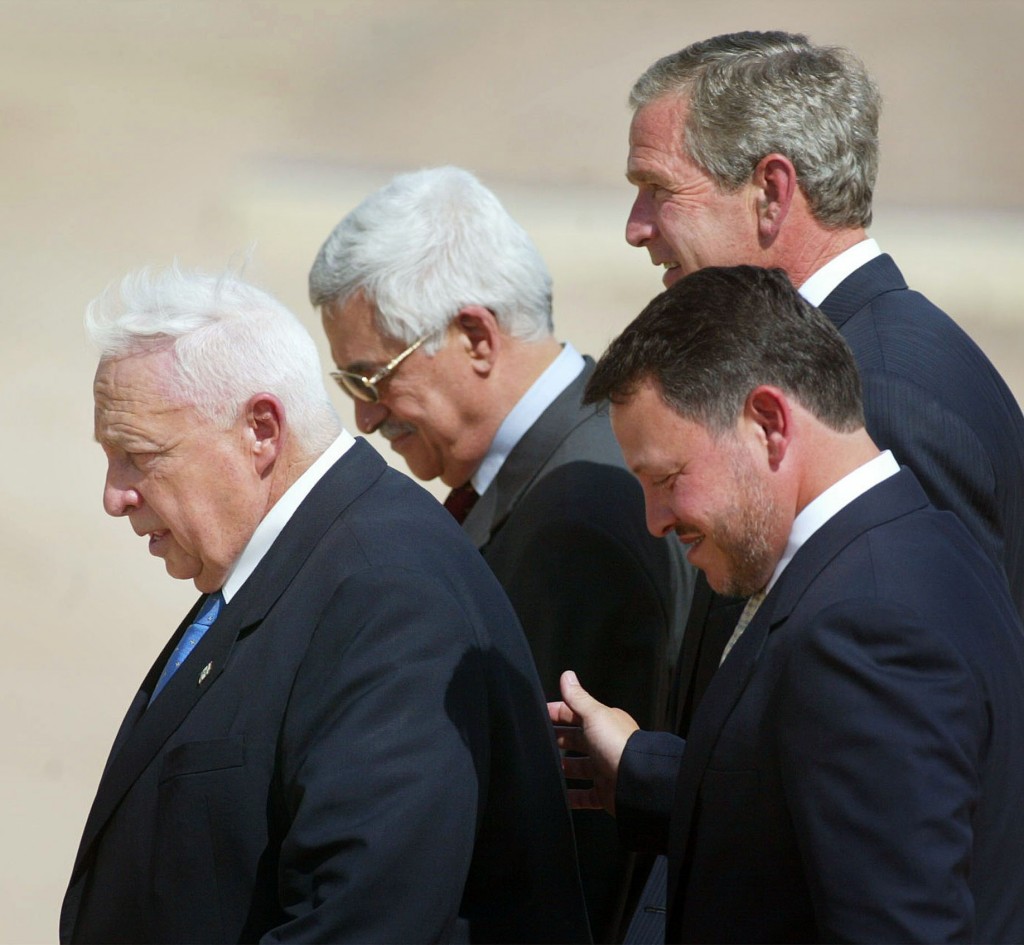 Former Israeli Prime Minister Ariel Sharon succumbed to the stroke which left him in a comatose state for the past eight years, as his heart gave out over Shabbos after days of being in critical condition.

Sharon’s family was gathered around him at Sheba Medical Center in Tel Hashomer during his final moments. His sons Omri and Gilad had been by his side since his condition began to deteriorate over a week ago.

Many current and former world leaders are expected to arrive in Israel to pay their respects to the country’s eleventh prime minister, a major figure in Israeli military and political history, who put his personal stamp on the country during the course of a long, brilliant and controversial career.

Ariel Sharon was born on February 26, 1928, to Shmuel and Vera Scheinerman, Russian immigrants who settled in the moshav of Kfar Malal in 1922. When he reached adulthood, like many Zionists, he selected a ‘non-Diaspora name,’ Sharon, after the vicinity in which he was born.

Arik, as he was called, fought in the War of Independence in 1948, and was wounded during the battle of Latrun. Rising through the ranks, he subsequently played a key role as a general in the 1967 Six Day War and the 1973 Yom Kippur War.

But by 1973, Sharon had already turned to politics. Several weeks before the disastrous Yom Kippur War, when Israel was torn by political strife, Sharon joined Menachem Begin in creating the Likud party. In January 1974 he was elected a member of Knesset, and in 1977 he was appointed Minister of Agriculture.

Sharon’s rise to power was brought to a halt during the First Lebanon War in 1982 when the massacre of Palestinians in the Sabra and Shatilla camps was carried out by Lebanese militia while Israeli troops controlled the area. As defense minister at the time, the Kahn Commission of Inquiry found Sharon indirectly responsible. In a high-profile libel case brought by Sharon, a U.S. court concluded that Time magazine published false allegations about his role in the killings, but stopped short of a finding of libel, since it was not proved that the magazine had acted with malicious intent.

Sharon returned to politics as construction and housing minister from 1990 to 1992. In that capacity, he was responsible for a massive construction campaign of some 144,000 apartments to house the influx of immigrants from the former Soviet Union.

As the father of the building policy in Yehuda and Shomron he earned for himself the nickname, “the bulldozer,” and was noted for urging right-wing activists “to run for the hilltops,” to claim every parcel of land for the Jewish people.

As Housing Minister in the Likud-led government of Yitzchak Shamir, he enraged James Baker with a new settlement of a few caravans every time he came to the region.

He was appointed foreign minister in 1998. In September 2000, as the head of the Likud party, his walk on Har Habayis was blamed by Palestinians as the trigger for the second intifada.

Sharon and the Torah World

Sharon left a divided legacy—of decades of heroic military service and bold expansion policies that were largely eclipsed in his last active years by the evacuation of Gush Katif and the formation of a government coalition hostile to the charedi community.

Sharon was famous for the slogan “The fate of Netzarim [a Jewish community in the Gaza Strip] is the fate of Tel Aviv.” But as prime minister, Sharon betrayed the very cause he had championed when he unilaterally decided to evacuate over 10,000 Jewish residents from 21 communities in Gaza, along with another four in northern Shomron.

It was an emotionally wrenching event, not only for the uprooted families but for the entire nation, and the wounds have yet to heal. In the end, any hoped-for political and security gains meant to justify the decision proved illusory, as terrorist groups quickly moved in to use the area for staging attacks on southern Israel.

In 2005, he left a divided Likud to found Kadima with Shimon Peres, Ehud Olmert and Tzipi Livni. After his stroke, Kadima went on to win the 2006 election under Olmert’s leadership.

Sharon’s relationship with the Torah world also knew its ups and downs. During Sharon’s early life on Moshav Mallal, Sharon had little opportunity to know or respect the Torah community. Apparently, his first interaction with religious Jews took place during the political upheavals of 1977. Disillusioned with Labor’s politicians, religious Israelis respected Menachem Begin and began to view Sharon as an expert on security matters with a strong feeling for Eretz Yisrael and the Jewish people.

When Menachem Begin bowed out from the political arena in 1982, after the first war with Lebanon, Sharon continued the Likud’s alliance with the charedim. He supported military exemptions for yeshiva students and usually voted with the charedi parties on religious issues. To his credit, he was largely responsible for the construction of two charedi cities: Beitar Ilit and Modiin Ilit.

Was this relationship based on his private, political agenda instead of on true common ground? It is difficult to say. But in an interview he gave in 1997, marking the 30th anniversary of the Six Day War, among other things Sharon said, “Zionism made a big mistake when it distanced Jews from their roots, Judaism. My parents were mordim, rebellious, but they had knowledge of their Jewish heritage. My generation knows less, and my children are totally distanced from it.”

When asked by the interviewer, “Is that the reason you appear so sympathetic to chareidim?” Sharon replied, “I’ll tell you a story. I once had an appointment with [a prominent chassidic leader]. In the very early morning hours of the day before our meeting, I woke up one of my sons, who donned his paratrooper’s uniform, grabbed his rifle, ammunition and backpack, and with sleep-filled eyes went out into the rainy night to travel to his base. I returned to my bed and a short time later, about 4 a.m., I woke up my second son. Although the sky was rent by huge flashes of lightning, he too grabbed his arms and his backpack and went out into the dark night. A bit later I traveled to Yerushalayim where the Rebbe welcomed me into his modest apartment, in a room filled wall-to-wall with ancient, holy sefarim. Downstairs, I had passed young men as old as my two sons.

“At that moment I was seized by a profound anger. My sons serve in the army and those young men are exempt? But then I thought that I, for one, cannot be sure that my grandchildren will be Jewish, but the charedim will guard the flame of Judaism for the next hundreds of years. And since I am first and foremost a Jew, and the fate of coming generations of Jews gives me no peace, the charedim give me a ‘certificate of security’.”

Despite such sentiments, after he was elected prime minister in 2001, the longtime alliance with the charedi parties was abruptly sacrificed to political expediency. Against all expectations he agreed to a coalition abhorrent and detrimental to charedim: Likud, Shinui and the National Religious Party.

Sharon admitted that he specifically did not want the charedim in his government because he intended to cut financial allowances for children, as well as the budgets of institutions of religious study. The sad turnabout cast a shadow on many years of dedicated service to the Jewish people.

However, he eventually ousted the anti-charedi Shinui under the leadership of Yosef “Tommy” Lapid, which effectively sealed its fate; the party soon disintegrated. After that, he invited charedi parties back into the coalition.

Ariel Sharon is survived by his sons Omri and Gilad.