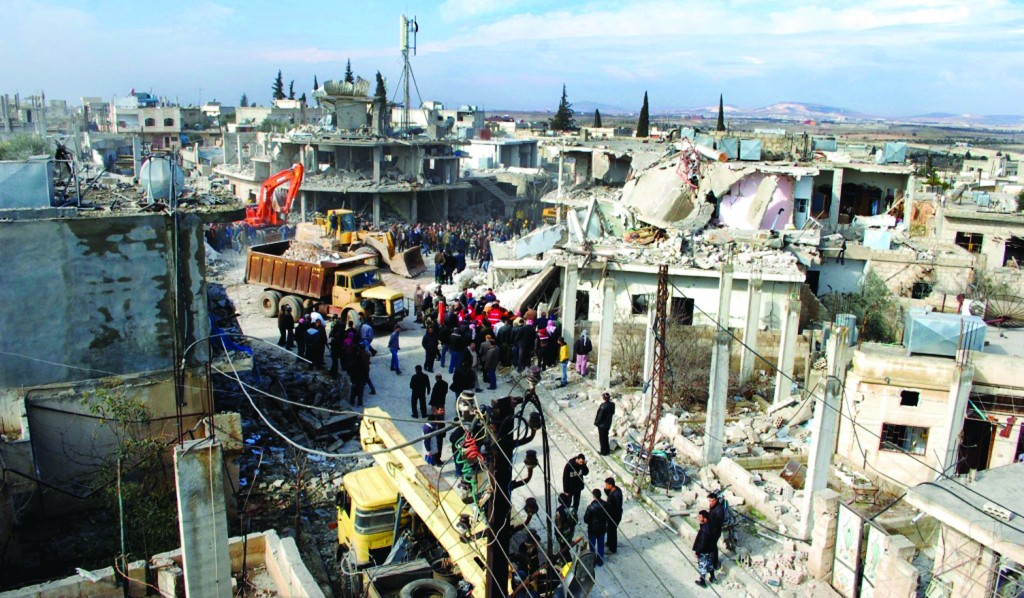 Two weeks ahead of an international peace conference on Syria, the country’s main Western-backed opposition group stands on the brink of collapse, dragged down by outside pressures, infighting and deep disagreements over the basic question of whether to talk to President Bashar Assad.

The crisis in the Syrian National Coalition raises further doubts about the so-called Geneva conference, which is set to open Jan. 22 in Montreux, Switzerland. The prospects for a successful outcome at the talks appear bleak at best: Assad has said he will not hand over power, and the opposition — if it decides to attend — is in no position to force concessions from him.

The U.S. and Russia, which support opposing sides in the conflict that has killed more than 120,000 people, have been trying for months to bring the Syrian government and its opponents to the table for negotiations aimed at ending the war. But with the fighting deadlocked, neither the government nor the rebels showed any interest in compromise, forcing the meeting to be repeatedly postponed.

Now that a date has been set , the decision whether to attend is placing strain on the Coalition.

“Geneva is proving to be a road to ruin for the so-called moderate opposition, both the political and military aspects,” said Salman Shaikh, director of the Brookings Doha Center.

The competing factions that make up the Coalition are under international pressure to attend, Shaikh said, all the while knowing that “if they do, they may very well be entering into a very ill-defined and ill-prepared conference that may not produce anything that they can show to their brethren inside Syria, and further diminish their credibility.”

The issue of credibility has haunted the Coalition since its creation just over a year ago under international pressure for a stronger, more united body to serve as a counterweight to the extremist forces fighting the Assad government.

But the Coalition has never coalesced into the unified and effective leadership outside powers envisioned.

As diplomats have maneuvered to try to make Geneva happen, the violence of the war has continued unabated.

On Thursday, a car bomb exploded near a school in the village of al-Kaffat in the central province of Hama, killing at least 17 people, Syria’s state news agency said.

The explosion occurred amid continuing infighting in northern Syria between rebel brigades and an al-Qaida-linked group, the Islamic State of Iraq and the Levant. The extremist group has alienated other factions by using brutal tactics to implement its strict interpretation of Islamic law.