General A Mixed Close on Wall Street; S&P 500 Edges Up 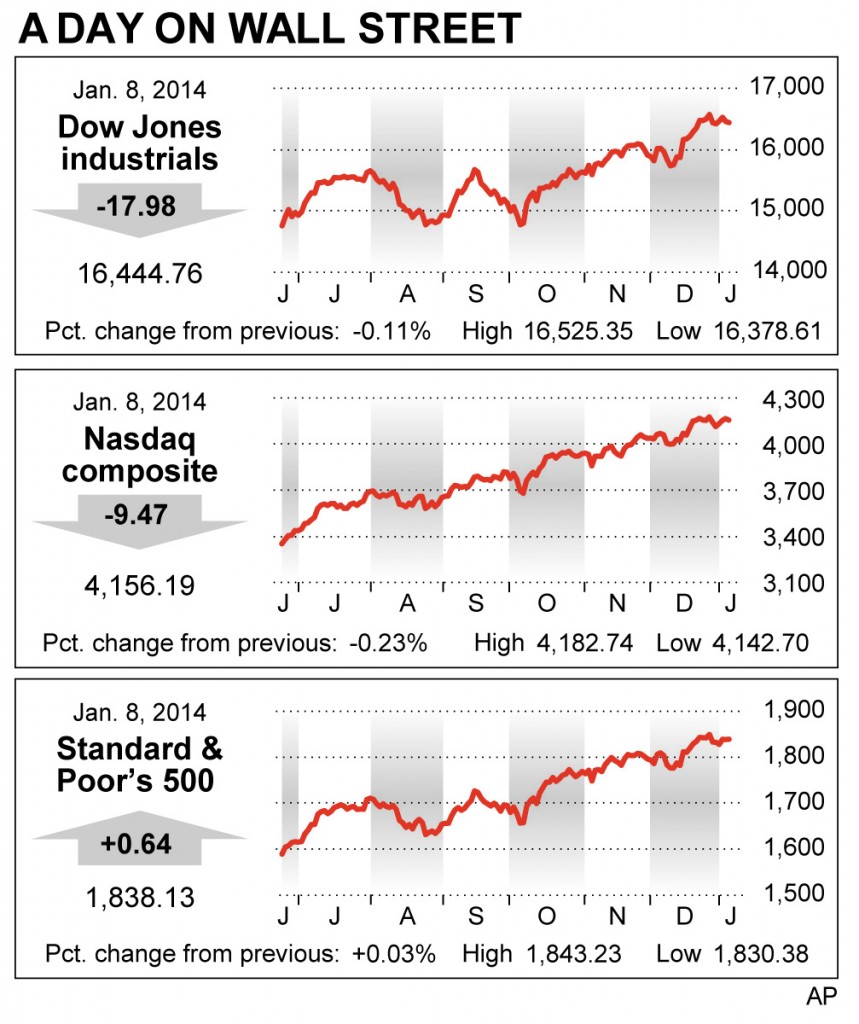 The stock market wavered for a second day Thursday as investors weighed disappointing news from the retail industry against more positive signals on the U.S. economy.

Investors were looking ahead to Friday’s jobs report, as well as the start of corporate earnings season.

Retailers were among the hardest hit stocks on Thursday.

The reports of tepid sales disappointed investors, who have been seeing signs for several weeks that the U.S. economy was improving and that shoppers were returning to the malls.

It appears that the economy, while improving, still has some weak spots.

L Brands, which owns Bath and Body Works and Victoria’s Secret, reported that its sales rose less than analysts had expected. The company also cut its full-year outlook, echoing Bed Bath and Beyond and Family Dollar. L Brands fell $2.44, or 4 percent, to $57.75.

“The consumers are supposed to be the fuel of this economy, and it doesn’t appear to be happening,” said Ian Winer, director of trading for Wedbush Securities. “If they’re not spending money at the retailers, what’s going on?”

Even the bright spots in the retail industry had caveats. Department store giant Macy’s jumped $3.96, or 8 percent, to $55.80 after the company forecast a 2014 profit that was above Wall Street’s forecasts. At the same time, Macy’s said it would eliminate 2,500 jobs as part of a reorganization that aims to save $100 million a year.

The disappointing news from retailers was more than enough to offset another positive report on the U.S. economy.

The number of Americans seeking unemployment benefits fell by 15,000 last week to 330,000. The drop was slightly bigger than economists predicted, according to FactSet, a financial data provider. 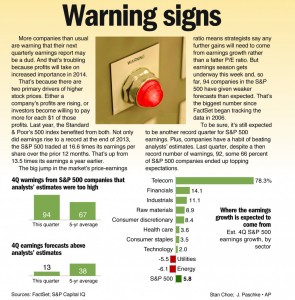 The claims report sets the stage for the government jobs report for December, which will be released Friday morning. Economists expect employers added 196,000 jobs last month and the unemployment rate remained at 7 percent.

Stocks surged into the end of 2013, but the momentum hasn’t continued into the first trading days of 2014. The Dow and S&P 500 are down less than 1 percent this year.

In company news, Ford rose 30 cents, or 2 percent, to $15.84 after announcing an increase in its quarterly dividend to 12.5 cents per share from 10 cents per share. The news came a day after the stock gained 1 percent on word that Ford’s widely respected CEO, Alan Mulally, would not leave to run Microsoft.

Abercrombie & Fitch jumped $5.49, or 17 percent, to $38.70 in after-market trading after the company raised its full-year profit forecast. The company now expects earnings of $1.55 to $1.65 a share, well above the $1.47 per share that analysts were looking for.

Alcoa slumped 39 cents, or 4 percent, to $10.30 in after-market trading after the company reported a fourth-quarter profit that fell short of Wall Street’s expectations. Alcoa traditionally signals the start of earnings season, due to the fact it was a member of the Dow for many years. Alcoa was removed from the Dow in August.