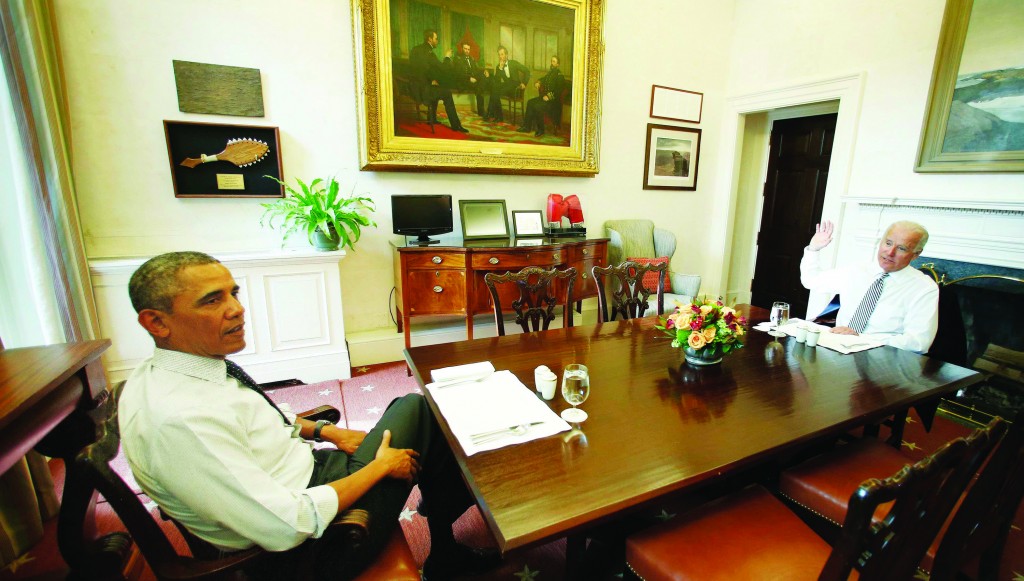 In a book set for release next week by the publishing house Knopf, Gates writes that Biden is “a man of integrity,” but also a political figure who has been “wrong on nearly every major foreign policy and national security issue over the past four decades.”

Gates, a Republican, also slammed the National Security Council under Obama’s watch. The Republican cited what he called the “controlling nature” of the White House, writing that Obama’s national security team “took micromanagement and operational meddling to a new level.”

Such tell-all books are not new to Washington and they’re woven into the city’s cultural fabric. In the inside-the-Beltway political culture, they burst into view, make a splash in the media and quickly fade. But in the case of the Gates book, the White House chose to speak out quickly and sharply.

The National Security Council issued a statement late Tuesday asserting that Obama relies on Biden’s “good counsel” every day and considers him “one of the leading statesmen of his time.” Not only that, the White House allowed news organization representatives to photograph Obama and Biden sitting together Wednesday at their weekly private luncheon.

Biden spoke animatedly to Obama as photographers were briefly escorted in to the private dining room just off the Oval Office. It was another sign that the president was not putting any distance between himself and Biden, though Carney said that the rare photo opportunity was not linked to the revelations in Gates’ book.

In his memoir, Gates asserted that Obama showed a growing frustration with U.S. policy in Afghanistan.

Gates reveals he often found himself tempted to quit because of adversarial treatment he received from members of Congress. Gates served 4 1/2 years as defense secretary, the last years of the George W. Bush administration and the first years of Obama’s.

Other assertions in the book:

-Gates said that in private, members of Congress could be reasonable. “But when they went into an open hearing, and the little red light went on atop a camera, it had the effect of a full moon on a werewolf.”

-In praise of Obama, Gates calls the president’s decision to order Navy SEALs to raid a house in Pakistan believed to be the hiding place of Osama bin Laden “one of the most courageous decisions I had ever witnessed in the White House.”