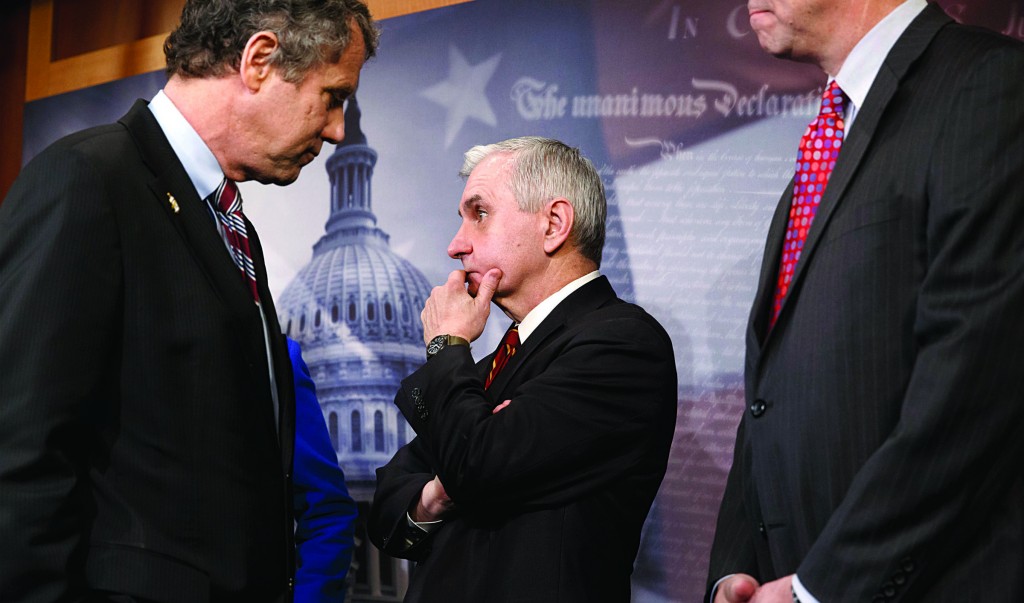 Legislation to resume long-term unemployment insurance for 1.3 million jobless Americans cleared a key hurdle Tuesday in the Senate, though it remained unclear whether it would ultimately pass the chamber or clear the House.

The 60-37 vote came moments before President Obama was set to host unemployed Americans  at the White House.

Six Republicans, mostly moderate senators or those from states with high jobless rates, joined all Democrats present in voting to begin debate on the bill. The Republican defections were a sign of the political potency of the issue and provided Democrats with the 60-vote threshold they needed to advance the bill and avoid a filibuster.

Senate Majority Leader Harry Reid (D-Nev.), said that even though the economy has shown signs of improvement, aid is still needed for out of work Americans.

“There are people really hurting,” Reid said, noting he watched as people tried to help a homeless person on Constitution Avenue in the morning’s nearly sub-zero temperatures, just blocks from the White House. “We have a country where not everyone’s benefiting from what’s going on.”

Most GOP senators opposed the bill. They prefer to keep the 2014 election campaign focused on the problems with Obamacare and have argued against approving another extension of the unemployment aid, which expired last month.

They say such aid discourages workers from finding new jobs and said they would only support the measure if the $6 billion cost of the proposed three-month extension were offset by budget cuts elsewhere.

“I’m a little surprised at the fervor with which the majority is dedicated to reviving the expired emergency unemployment benefits after they ignored the issue all of last year,” said minority leader Sen. Mitch McConnell (R-Ky.).

McConnell offered an amendment Tuesday that would have provided an extension of the unemployment insurance benefits in return for a one-year suspension of the health care law’s requirement that all individuals carry health insurance. It was rejected by Democrats.

“We’re now in the sixth year of the Obama administration,” McConnell said. “We all know the stock market’s been doing great. So the richest among us are doing just fine. But what about the poor? What about working-class folks? … Well, record numbers of them are having a terrible time.”

Outside conservative groups, including the Club for Growth and Heritage Action, urged opposition and warned senators that votes would be noted in the groups’ annual score cards. Heritage explained in a note to senators that unemployment benefits were not a “free lunch.”

Still, in states like economically hard-hit Nevada, Republican Sen. Dean Heller, a key sponsor of the bill, found the measure too politically difficult to oppose. Other GOP senators voting to advance the measure included Kelly Ayotte of New Hampshire, Dan Coats of Indiana, Susan Collins of Maine, Lisa Murkowski of Alaska and Rob Portman of Ohio.

Federal unemployment insurance coverage expired on Dec. 28, leaving 1.3 million long-term jobless Americans without the emergency income stream. The federal benefits, which kick in after workers exhaust an initial 26 weeks of insurance provided by most states, have regularly been renewed by Congress, and have been extended nearly a dozen times since 2008, according to a Congressional Research Service report.