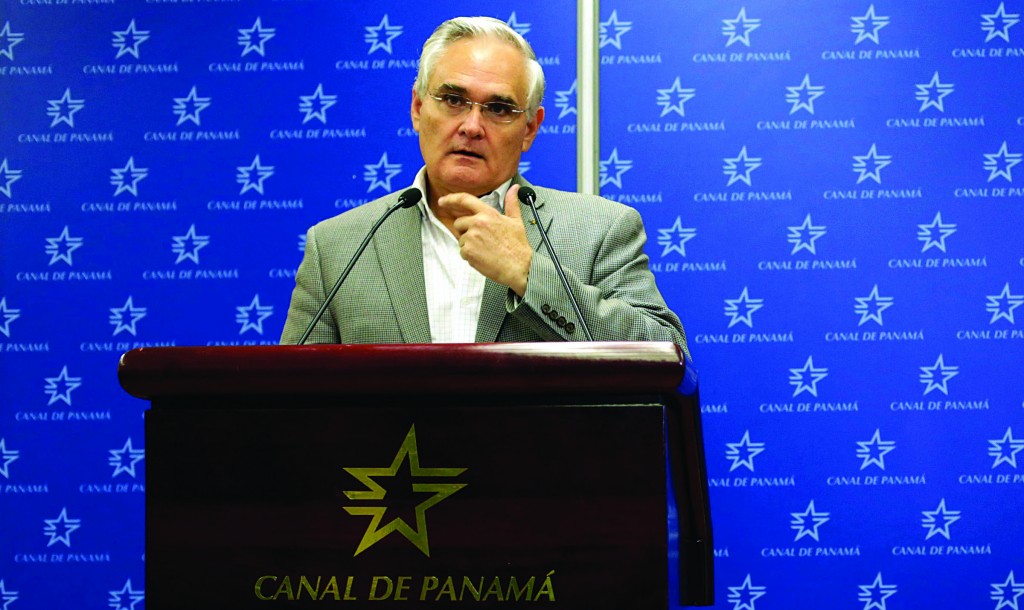 The Panama Canal and a Spanish-led building consortium expanding the major world cargo route moved nearer to a deal to keep work going amid a cost dispute on Tuesday, with each proposing a joint financing package.

Halting work on the $5.25 billion project to widen and deepen the canal would be a setback for companies eager to use the century-old waterway to ship liquefied natural gas (LNG) exports from the U.S. Gulf coast to Asian markets.

While the two sides are at odds over who should pay for $1.6 billion in cost overruns, both have agreed to put up at least $100 million each to keep the project running.

However, building consortium Grupo Unidos por el Canal, led by Spanish construction company Sacyr, said in a statement it had asked the canal administrator for a $400 million advance.

Earlier, the Panama Canal Authority proposed a $283 million joint financing package, which was less attractive for the building companies because it requires them to put up fresh cash while the authority would simply advance funds it would have paid anyway.

Under that plan, the canal authority and the consortium would each put up $100 million, while the canal would give the group more time to repay $83 million that was advanced to them.

It is also conditional on the consortium withdrawing a threat to stop work on January 20 and to process its claim for $1.6 billion in cost overruns separately through agreed arbitration panels.

The canal authority had no immediate comment on the consortium’s counter-offer, which also calls on the canal authority to extend a moratorium on the repayment of a $784 million cash advance already paid out until arbitration ends.

“The Panama Canal can’t have this work stopped,” the canal authority’s head, Jorge Quijano, told reporters in Panama City earlier on Tuesday. “And we have to do everything necessary to continue with the project.”

Work on the expansion, which will create a new lane of traffic along the canal and double the waterway’s capacity, began in 2007, and the project is 72 percent complete, according to the Panama Canal Authority’s website.

The consortium, which also includes Italy’s Salini Impregilo (SALI.MI), Belgium’s Jan De Nul and Panama’s Constructora Urbana, said last week it had faced the added costs due to unforeseen setbacks in the $3.2 billion project to build a third set of locks for the canal.

It said geological studies carried out by the Panama Canal Authority were flawed. The authority has not yet responded.

If the parties fail to reach an agreement, the project could potentially be offered up to other companies.

Bechtel, a U.S. engineering company which lost out in the original bidding process, declined to comment when asked if it was ready to step into the project if the opportunity arose.

A source close to the consortium speculated that Bechtel was waiting to step in, but said the GUPC considers it has a very strong bargaining position, given contractual clauses.

On Monday, Spain’s ambassador to Panama said his country’s government will not provide any financing.

Sacyr won the canal contract in 2009 with an offer considerably below the main rival bids and also below the $3.48 billion reference set by the canal authority. U.S. diplomatic cables published by Wikileaks show President Ricardo Martinelli’s government was worried about progress before six months had passed.

Sacyr, whose debts at end-September were three times its market capitalization, made 55 percent of revenue outside Spain in the first nine months of 2013. Panama contributed 25 percent of its 1.3 billion euros ($1.78 billion) in international sales, according to its 2013 nine-month earnings statement.

Sacyr shares closed up 4.7 percent on Tuesday, extending a rebound on heavy volume of 17.8 million shares after falling sharply when the row flared in early January.