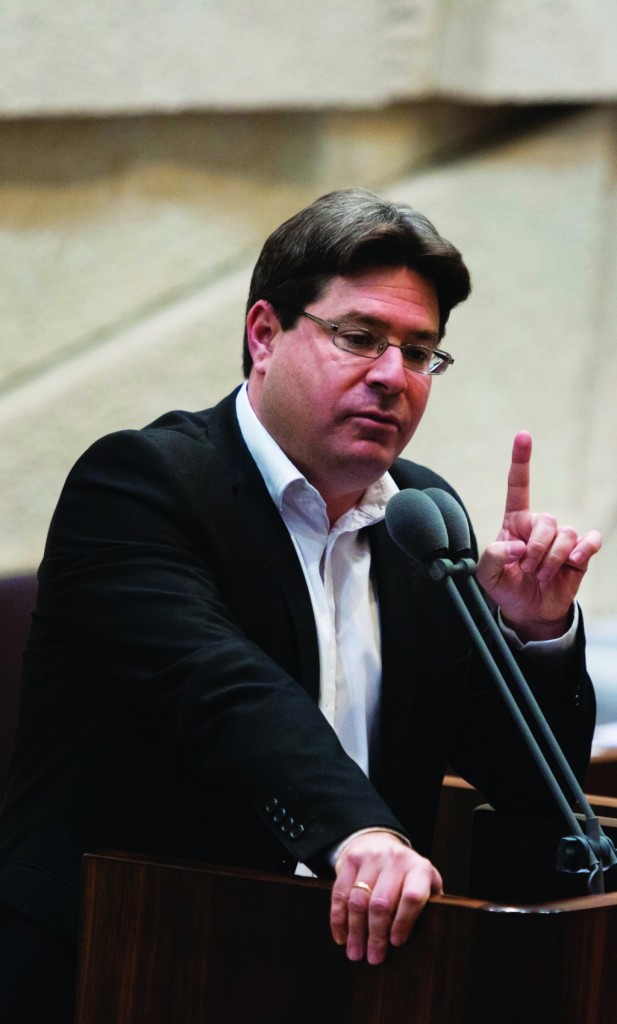 A bill to block the government from annexing land was voted down by the Knesset on Wednesday, The Jerusalem Post reported.

Labor MK Hilik Bar’s “Two-State Solution Bill,” as it was called, would have made annexation of land in Yehuda and Shomron or Gaza possible only in the context of a peace treaty leading to two states.

“You are reaching a moment of truth, in which you have to look in the mirror of history and realize that we need to separate from the Palestinians,” opposition leader Isaac Herzog (Labor) told the coalition. “If you don’t take this opportunity now, history will judge you, because we will become an isolated, binational state.”

But Herzog’s harangue had no noticeable effect, as the bill went down to defeat by a vote of 44 to 25.

Deputy Minister for Liaison with the Knesset Ofir Akunis (Likud) assured MKs that  any agreement reached with the Palestinians will go to the Knesset for approval.

However, Akunis said the Knesset should not try to tie the government’s hands in negotiations.

“Why do you have such passion to give away parts of our homeland?” Akunis asked Bar.