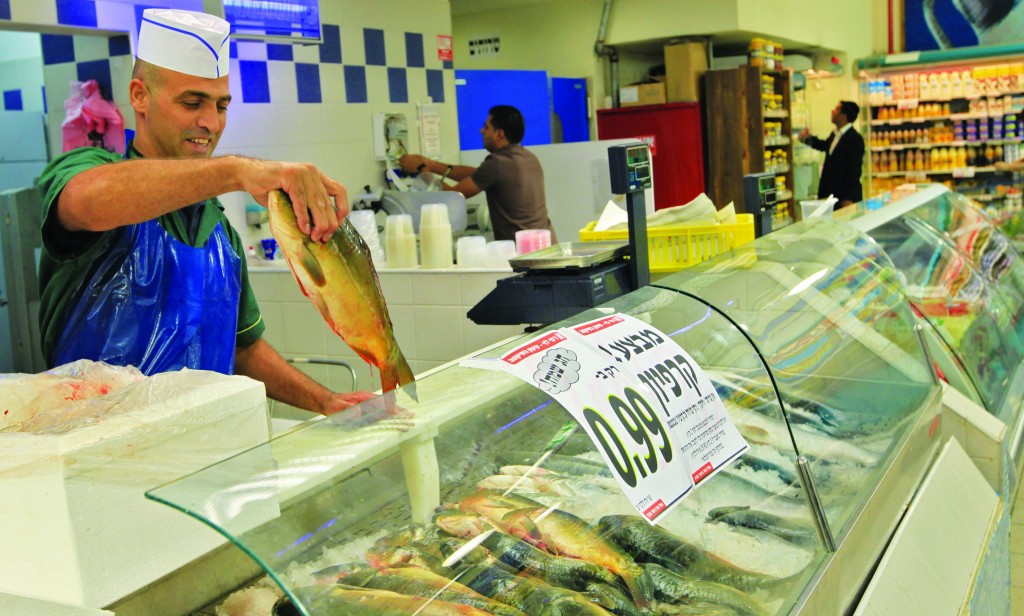 Despite the public outcry over high prices in recent years, food prices in Israel remain much higher than in Europe and are rising eight times faster, Globes reported on Wednesday.

Food prices in Israel are 25% higher than in the European Union, according to a study published by the Knesset Research and Information Center, and those prices rose by 16% in real terms in 2005-13, compared with a 1.8% gain in the EU.

The report represents official confirmation of claims made for at least the past two years by social activists and consumer advocates that Israeli shoppers pay far more for basic  commodities than their European counterparts.

Blame for the situation was placed on the high centralization in the production and retail sides, resulting in a lack of competition. Any rise in prices of inputs (commodities, electricity, water, and labor) or tax rates, were found to be secondary.

The study recommends restricting market shares in the production and retail sides of the food sector, expanding the market share of private labels, and to appoint a data collection agency to review regulatory progress and monitor the drop in food prices.