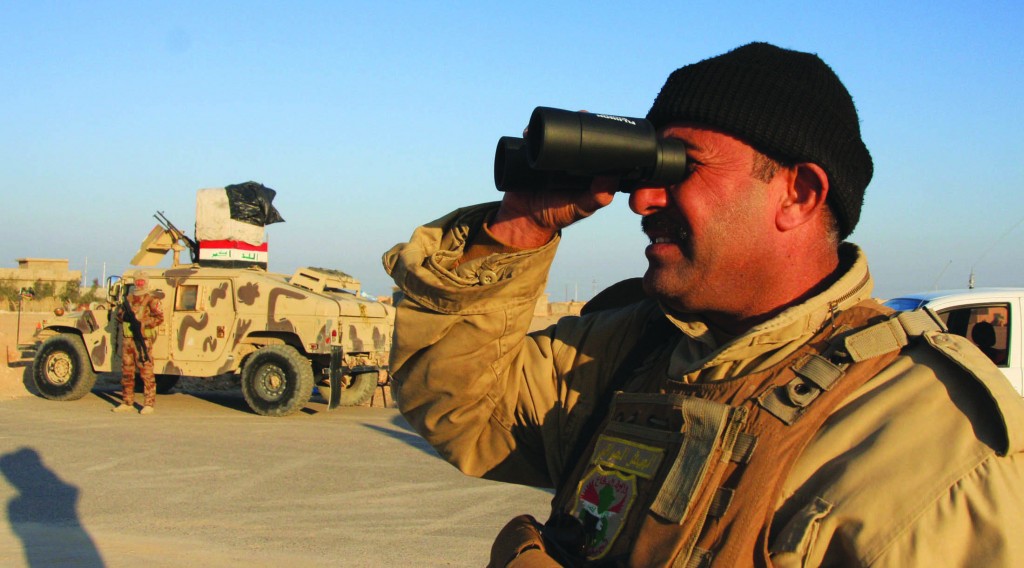 The Iraqi army deployed tanks and artillery around Falluja on Tuesday, security officials said, as local leaders in the besieged city urged al-Qaida-linked terrorists to leave in order to avert an impending military assault.

Security officials and tribal leaders have said that Prime Minister Nuri al-Maliki agreed to hold off an offensive to give people in Falluja time to push the militants out. But it is not clear how long they have before troops storm the town, close to Baghdad, where U.S. forces fought notable battles a decade ago.

“Tribal leaders appealed to the prime minister to halt the attack and stop shelling Falluja,” an Iraqi special forces officer told Reuters. “We’ve done our part of the deal. Now they should do theirs. If not, a quick offensive is coming.”

Fighters from the Islamic State of Iraq and the Levant (ISIL), an al-Qaida affiliate also active across the border in Syria, overran police stations in Falluja and another city in Iraq’s western Anbar province last week.

Many in Iraq’s once dominant Sunni Muslim minority, the main group in Anbar, share ISIL’s enmity toward Maliki’s Shi’ite-led government. But some tribal leaders in the province have been trying to steer a middle course between the two. 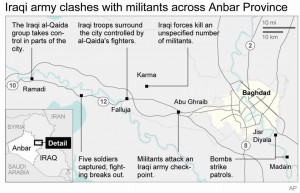 Late on Monday, tribal leaders from Falluja met and decided to set up a new local administration to run the city and appointed a new mayor and police chief. One Sunni tribal leader in the city told Reuters: “We are sending a clear message to the government — ‘go ahead and fight al-Qaida outside Falluja and we ourselves will deal with the issue inside the city.’”

“If the army attacks Falluja to fight a handful of al-Qaida elements, that will have dire consequences by triggering endless violence,” he added, warning that bloodshed could spread to other Sunni districts of Iraq.

Iraq’s U.S.-equipped armed forces have killed dozens of terrorists in recent days in shelling and air strikes, officials say. The scale of casualties among civilians, the security forces and tribal fighters is not yet clear.

Baghdad political analyst Ahmed Younis said Maliki, whose prospects of a third term in a parliamentary election due in April have been dented by bombings and other violence across the country, would seize an opportunity to show himself as an assertive leader by taking the fight in Anbar to the militants.

“His message to voters will be: the strongest man is your best choice.”