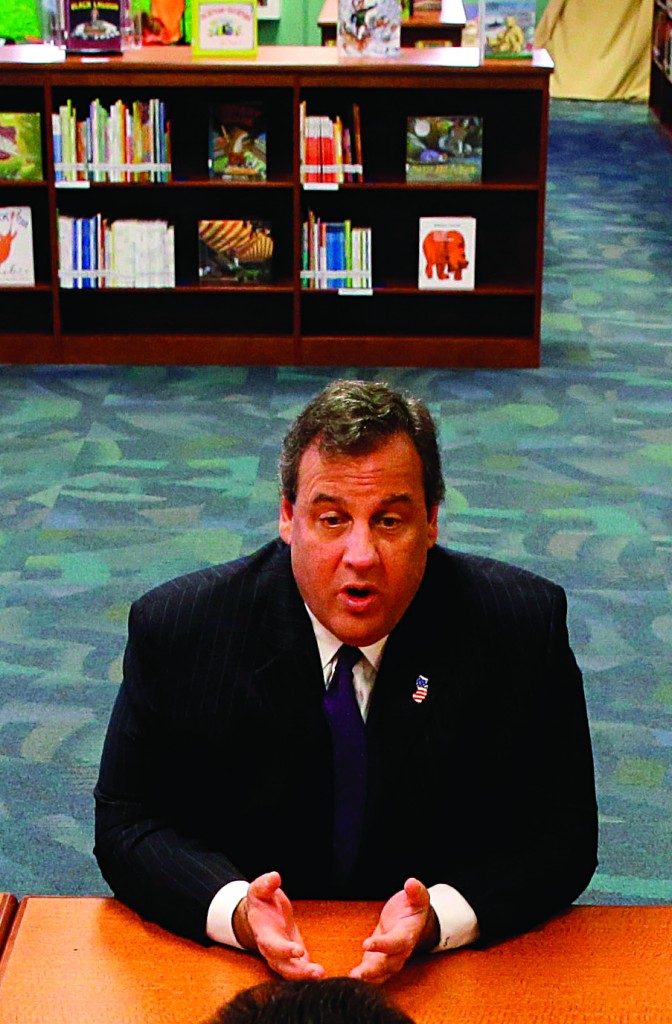 Gov. Chris Christie signed a bill Tuesday granting in-state tuition to immigrant students who lack legal status, hailing it as a way to equalize opportunities and as a pragmatic step toward getting a better taxpayer return on investment in education.

The legislation extends in-state tuition rates to students who were brought illegally to the U.S. as children, have attended at least three years of high school in the state and earned a high school or equivalency diploma, among other criteria.

Flanked for the ceremonial signing by state Hispanic leaders, a bipartisan show of support, and a gymnasium full of students at a school in the heavily Hispanic northern New Jersey town of Union City, Christie said the move made financial sense for the state.

“The taxpayers of this state are making an enormous investment in these young people,” Christie said, citing the $17,700 average invested per year in every New Jersey public school student, regardless of their legal status. “The question is: Do we want to maximize that investment through giving them nothing more than an opportunity?”

Christie signed the bill privately last month, the day after the Legislature agreed to drop a provision that would have also made the students eligible for state financial aid if they qualified under income guidelines.

Until now, foreign-born students have had to pay out-of-state rates at schools that accept students who are not in the U.S. legally. In-state tuition is significantly cheaper. At Rutgers, the state’s flagship public university, the in-state tuition is $10,700 annually — $14,000 less than the out-of-state cost. Full-time students also pay nearly $3,000 in fees, and room and board are extra.

Opponents of allowing immigrants without legal status to enroll in U.S. colleges argue that it takes seats away from legal residents, usurps scarce resources and encourages more illegal immigration.

Students who would be affected by the legislation argue they’ve grown up and were educated in the U.S. but face dead-end prospects after graduating high school, regardless of their academic performance. Many argue that getting a college education and entering the workforce would make them less of a burden on taxpayers.

New Jersey is one of at least a dozen states that have passed such a law. Similar legislation, often known as the Dream Act, has stalled at the federal level.

Advocates who pushed for the legislation in New Jersey for more than a decade said the bill’s passage, after being stripped of the financial aid provision, left them with mixed feelings.

“We’re here to celebrate it as a first step,” said Catalina Adorno, whose parents brought her and her brother from Mexico as children when they emigrated illegally. “On the one hand, I’m excited to have in-state tuition for ‘dreamers’ after so many years, but the reality is, in Union City, where I grew up, many students can’t afford to go without financial aid.”

Advocates say such legislation hasn’t led to a significant surge in enrollment because many eligible students are unable to afford college, even at in-state rates.

The debate over the issue had become a political complication for Christie, considered a possible candidate for president in 2016. Conservative voters, whose support he would need in early primaries, strongly oppose such bills. But the law has wide support among Hispanics and blacks, groups Christie has also been courting ahead of a possible presidential bid.