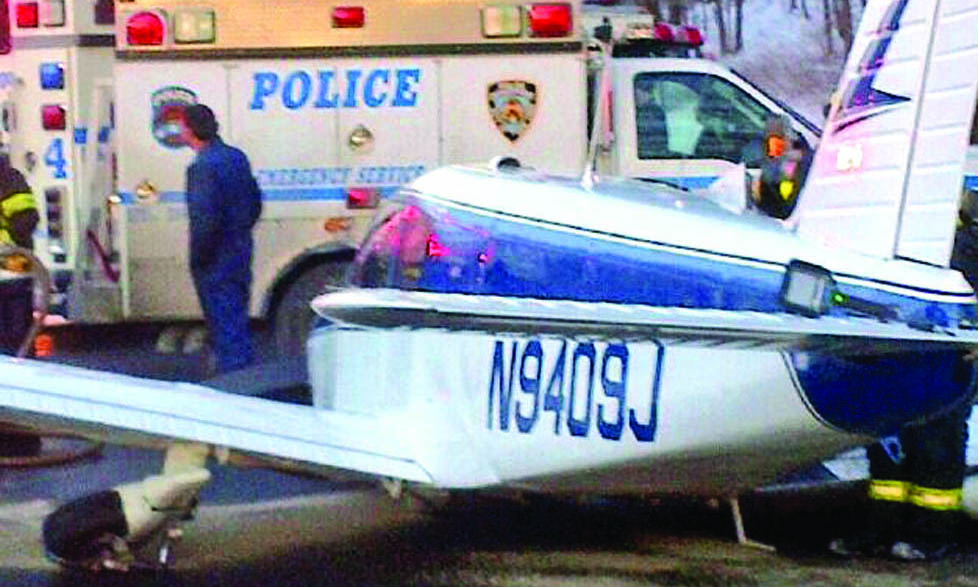 A small plane traveling to Connecticut after taking a tour of the Statue of Liberty made an emergency landing Saturday on a Bronx interstate highway, startling drivers but touching down safely with no serious injuries to anyone aboard or on the ground, officials said.

The aircraft set down at around 3:20 p.m. on the northbound side of the Major Deegan Expressway with three people on board. Neither the pilot nor two passengers appeared to have been badly hurt.

“We have … an extraordinary situation and actually a bit of a miracle, thank G-d, that happened today in our city,” Mayor Bill de Blasio said, calling the successful landing, without any serious injuries or deaths, “amazing.”

“I thought I’d seen everything in my life,” he said.

A maintenance crew of city Department of Transportation workers fixing potholes on the northbound side of the highway noticed the plane in distress heading toward them and stopped traffic, clearing space for the plane to land. They then helped the plane’s occupants out of the aircraft and into a heated truck until emergency workers arrived.

The crew were honored at a City Hall event on Monday.

Patricia Sapol, 29, was driving south on the highway with her husband when they saw emergency vehicles surrounding the downed plane near exit 13, about 15 minutes after the landing.

“We couldn’t believe it! We thought, ‘Oh my G-d that’s a plane!’ It was pretty incredible,” she said.