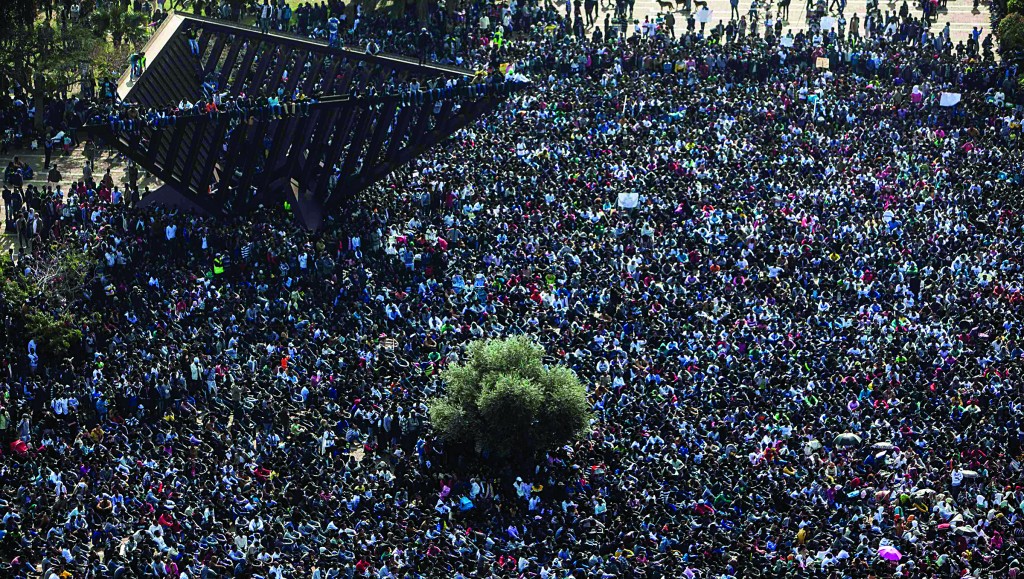 African migrants ramped up their protests against the government’s detention policy on Sunday with a march in Tel Aviv of an estimated 10,000 illegals, according to media reports.

They are demanding that Israel recognize them as refugees who cannot be deported to their countries of origin, according to U.N. regulations.

However, Israel maintainsthat nearly all the illegals are job seekers, not political refugees and, as such, can be deported.

“A demonstration like this in [Tel Aviv], which has for a long time had a large African population — is an alarm that must wake up the state’s legal system to develop any and all means to repatriate these people to their homelands,” Arutz Sheva reported.

A new security fence on Israel’s southern border has finally stemmed the mass influx of  illegal immigrants, but estimates say that some 60,000 illegal Africans who infiltrated in previous years remain.

According to Yishai, “Israel stands at a crossroads. … The ‘chutzpah’ of these protesters, with the assistance of leftist and anti-Zionist ‘human rights’ groups who are encouraging them, is worrying, and also enraging. I call on the government to deal with them harshly and uncompromisingly, as I did when I was Interior Minister. They should all be detained until arrangements can be made for their deportation.”