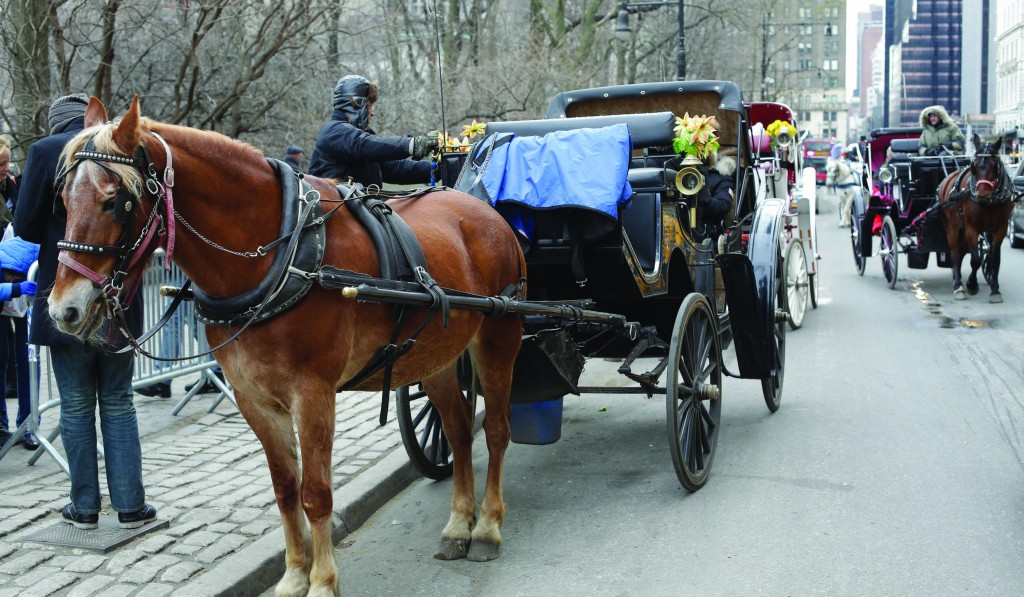 New York Mayor Bill de Blasio is coming into City Hall with a sweeping mandate to address the city’s most vexing problems, from economic inequality to police and community relations.

But first, he will have to manage a snowstorm.

A winter storm on Thursday, de Blasio’s second day in office, could pose the first challenge to the new mayor, as he tries to enact a progressive agenda while ensuring the city of more than 8 million people is well managed.

“This will be first test, and he’s got to pull it off as close to flawlessly as he can,” said Douglas Muzzio, a professor at Baruch College at the City University of New York. “He’s got to send the message, ‘I can run this joint.’”

Storms have famously complicated the political lives of New York mayors. In the winter of 1969, a storm that dropped 15 inches of snow created a political crisis for Mayor John Lindsay, who was faulted for the city’s slow response. In 2010, Mayor Michael Bloomberg came under fire for his handling of a blizzard that shut down some subway lines for days and left some streets unplowed for more than a week.

“If we see a situation worsening we’re going to take very aggressive action. So it’s very much on our screens,” de Blasio told reporters this week.

De Blasio, who is moving into the mayoral residence of Gracie Mansion in Manhattan, asserted his outer-borough credentials by mentioning that he remains a Brooklyn homeowner.

But regardless of what weather comes the city’s way, de Blasio has his work cut out for him as he kicks off his first week in office.

De Blasio has said one of his first acts will be to dismantle the horse-and-buggy industry in Central Park, which has long been a tourist draw but has been the target of animal-rights groups.

But first, de Blasio will have to quiet critics who say he lacks the management experience to be a great mayor.

Muzzio predicted de Blasio would rise to the occasion.

“Those types of events, they’re defining in a way that a legislative victory is not,” he said, adding half-jokingly: “You’ll see de Blasio riding a snow plow. There will not be a [mess] up.”