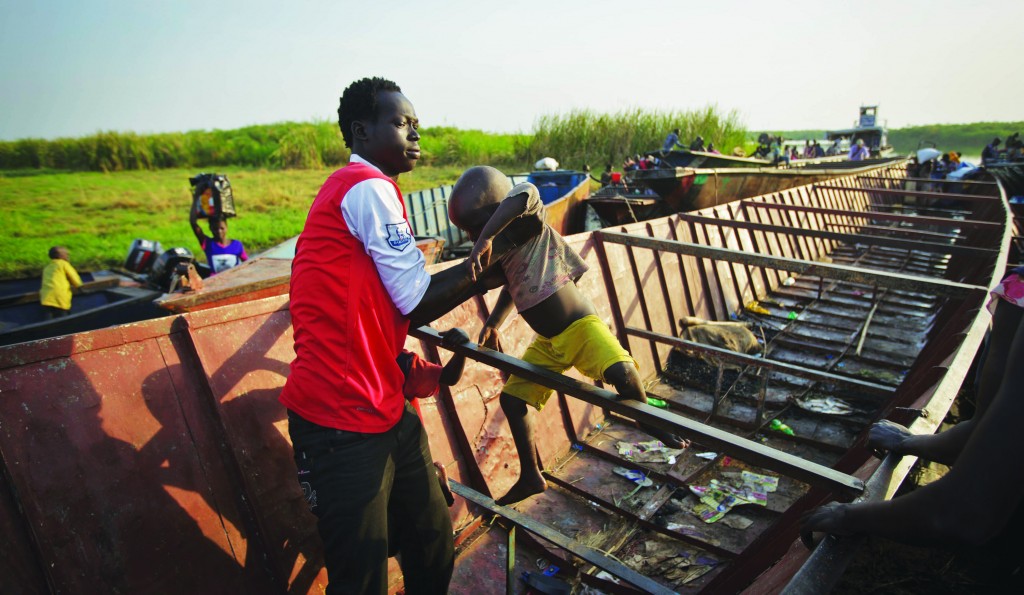 South Sudan’s army (SPLA) said it was advancing on two rebel-controlled towns on Thursday as both sides gathered in Ethiopia for peace talks to end three weeks of violence that has pushed the world’s youngest nation towards civil war.

Both sides have agreed in principle to a ceasefire but neither has indicated when the fighting, which has killed more than 1,000 people and displaced nearly 200,000, will stop.

South Sudanese President Salva Kiir declared a state of emergency late on Wednesday in Unity state and Jonglei, whose respective provincial capitals of Bentiu and Bor are in the hands of militia loyal to former vice president Riek Machar.

A rebel spokesman in Unity dismissed the SPLA’s comments on its advance as lies and said South Sudan’s army and the national government in the capital Juba had resorted to a “war of allegations” before peace negotiations could get underway.

International pressure for a peace deal is mounting. Neighboring countries mediating between the two warring sides have warned that continued fighting could scupper talks.

“We are advancing to Bor because these people want to come to Juba,” SPLA Chief of Staff James Hoth Mai told reporters in the capital. “We don’t yet have a ceasefire and we don’t want them to come and get us.”

Mai said SPLA troops were also approaching Bentiu after seizing the nearby town of Mayom on Wednesday. A rebel spokesman in Bentiu said Mayom remained in rebel hands, a comment backed up by a spokesman for the United Nations mission in South Sudan.

The clashes erupted on December 15 and quickly spread to half of the country’s 10 states, unsettling oil markets and raising fears of the conflict destabilizing an already fragile region.

Kiir has accused his long-term political rival Machar, whom he sacked in July, of starting the fighting in a bid to seize power. The conflict has split the country along ethnic lines, between Kiir’s Dinkas and Machar’s Nuer group.

The White House has raised the pressure for talks, saying there would be accountability for any atrocities and war crimes.

The U.N. mission in South Sudan said ethnic-based atrocities, often carried out against civilians by uniformed men, had taken place across the country.

The government said on Thursday it had formed a committee to investigate those involved in killing innocent people.