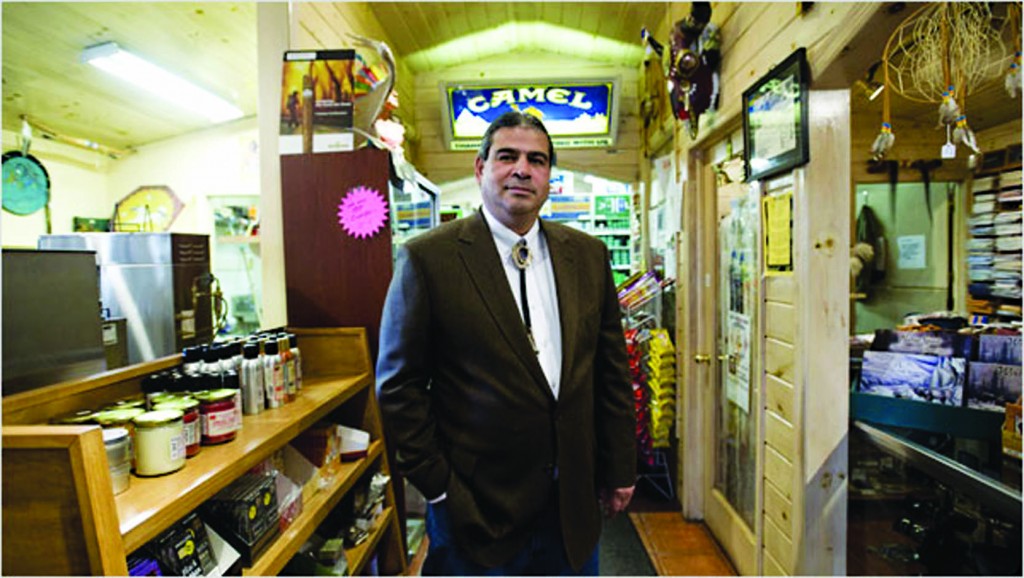 The City of New York filed a civil lawsuit on Monday accusing FedEx of illegally delivering tons of untaxed cigarettes to city residents from a distributor on an Indian reservation on Long Island.

The suit, filed at a federal court in Manhattan, accuses FedEx of knowingly violating the terms of a 2006 settlement with New York’s attorney general in which the company agreed to stop all deliveries of mail-order cigarettes to state residents.

City lawyers said that even as that deal was being negotiated, FedEx continued to deliver cigarettes from select tobacco dealers, including the Shinnecock Smoke Shop, located on the Shinnecock reservation in eastern Long Island.

Between 2005 and 2012 the company shipped at least 55,000 cartons of cigarettes from the shop to consumers in New York City, according to the lawsuit. That total — an estimated 20 tons — doesn’t include cartons shipped elsewhere in the state or the country.

FedEx had a public policy of not delivering cigarettes to homes anywhere in the U.S., but the city claims the shipper ignored that policy when it came to the Shinnecock shop. The suit said FedEx even signed a written agreement giving the smoke shop discounted rates because it was doing so much business.

FedEx said in a statement that it supported the city’s efforts to stop illegal cigarette shipments and had ceased doing business with the shop involved, but it said the city’s claims are “overstated and not founded in law.”

In March, FedEx agreed to pay the city $2.4 million to settle an accusation that it delivered 70 tons of untaxed cigarettes from a mail-order company in Kentucky. FedEx said at the time that it was paying the money to avoid expensive litigation, and not because it had done anything wrong.