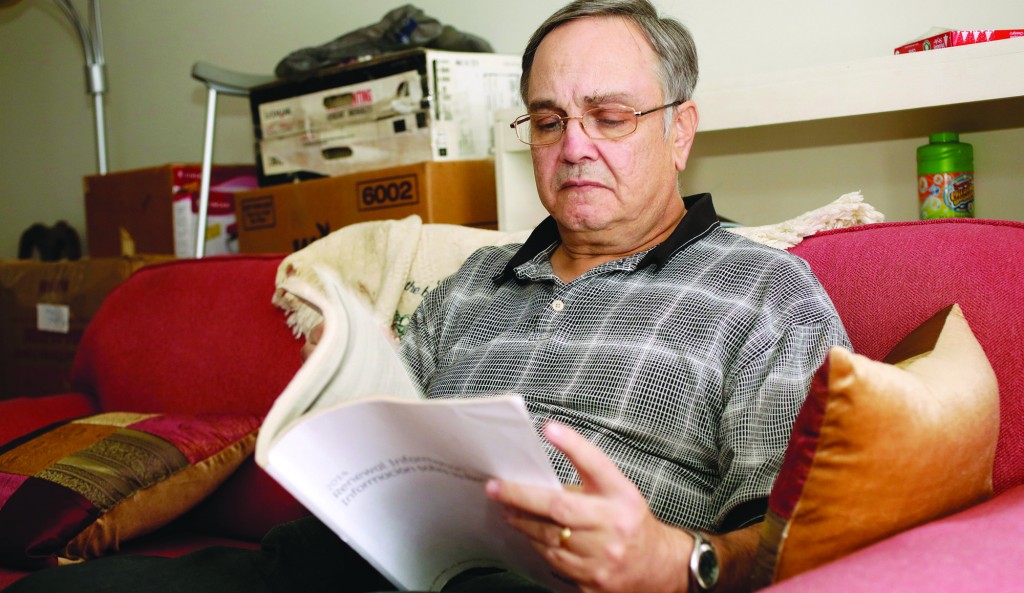 All things good, bad and unpredictable converge with the new year for President Barack Obama’s health-care overhaul as the law’s major benefits take effect, along with an unpopular insurance mandate and a risk of more nerve-wracking disruptions to coverage.

The changes bring big improvements for some, including Howard Kraft of Lincolnton, N.C. A painful spinal problem left him unable to work as a hotel bellman. But he’s got coverage because federal law now forbids insurers from turning away people with health problems.

“I am not one of these people getting a policy because I’m being made to,” Kraft said. “I need one to stay alive.”

What’s good for millions like Kraft is secured through what others see as an imposition: requiring virtually every American to get covered, either through an employer, a government program, or by buying a plan directly.

But the health care headlines early this year could come from continued unpredictable consequences of the insurance program’s messy rollout.

The consumer-facing side of the HealthCare.gov website appears to be largely fixed — with 2.1 million enrolled through federal and state websites. But on the back end, insurers say they are still receiving thousands of erroneous sign-ups from the government.

That means early in the year insured patients could go for a medication refill — or turn up in the emergency room — only to be told there is no record of their coverage.

One of the main worries is over certain error-tainted enrollment records that insurers call “orphans” and “ghosts.”

“Orphans” are sign-ups that the government has a record of, but they do not appear in insurer systems. Insurers say those customers never left the government’s “orphanage” to “go and live” with the carrier they selected.

“Ghosts” are new customers that the insurer does have a record of, but mysteriously the information does not appear in the government’s computers.

The Obama administration says the rate of such errors has been dramatically reduced, and insurers agree. The catch is that the volume of sign-ups has surged in the meantime, which means even with a lower error rate the number of problem cases keeps growing. And there is no automated way to clear up mistakes quickly.

“Some people are actually going to start using their coverage Jan. 1, and that is a good thing for them,” said Mark McClellan, who oversaw the rollout of Medicare’s prescription drug benefit — a program that also had its share of issues. “But there are going to be problems for any number of people who thought they had signed up, and it won’t work right off the bat. It would be particularly disruptive for people in the midst of treatment.”

Anticipating disruptions, major drug store chains like CVS and Walgreens have announced they will help customers who face coverage glitches, even providing temporary supplies of medications without insisting on up-front payment. Many smaller independent pharmacies are also ready to help.

White House health-care adviser Phil Schiliro told reporters Tuesday the administration was working with insurers and health-care service providers to minimize disruptions “as we deal with what are always going to be unexpected problems where there is a transition.”

Obama had envisioned that the arrival of the Affordable Care Act’s major benefits in 2014 would be like a national seminar, showcasing his philosophy that government can and should smooth the rough edges of an unforgiving economy for struggling working people.

The goal was that in a midterm election year, Democrats would be able to point to millions of newly insured Americans, thanks to subsidized private plans and an expanded version of Medicaid. Media reports would feature compelling cases of people literally handed a lifeline.

That’s indeed happening, but it seems to be only part of the story. The Republican portrayal of “Obamacare” as government inept and out of control appears to be unfolding right alongside.

Although the stated goal of the law was to cover the uninsured, at least 4.7 million insured people had individual policies cancelled that didn’t measure up to new requirements. That forced an apology from the president, who had famously promised that if you like your health plan, you can keep it. The administration says it believes most of those people have secured new coverage.

Americans with job-based health plans are also worried. A recent Associated Press-GfK poll found that most people who’ve seen their employers scale back coverage blame that on Obama’s law, even though businesses were shifting health costs to workers before the law passed.

The nation’s divisive debate over health care could go on for years.

For now, administration officials say they are just focused on getting through the March 31 end of open-enrollment season. People who enroll by that date will not face the law’s tax penalty for remaining uninsured.

The administration and its supporters are also planning a big push to get younger, healthy uninsured people to sign up, key to the law’s long-term success.

Experts say it’s likely that many of those who have signed up so far are people like Kraft, the disabled former bellman. He had an urgent need for insurance because of his painful back problems, and because the temporary coverage he had been buying through his former employer was expiring at the end of 2013.

Kraft estimates he spent at least 20 hours over two months dealing with website woes that left him frustrated. But in the end he prevailed.

He says he’s got better coverage, and thanks to tax credits it’s costing him about half what he was paying. The only drawback is an annual deductible of $1,250, which has to come from his pocket.

“Once people are able to get signed up and they actually see the policies that are available to them, I think it is going to start changing minds,” he said.