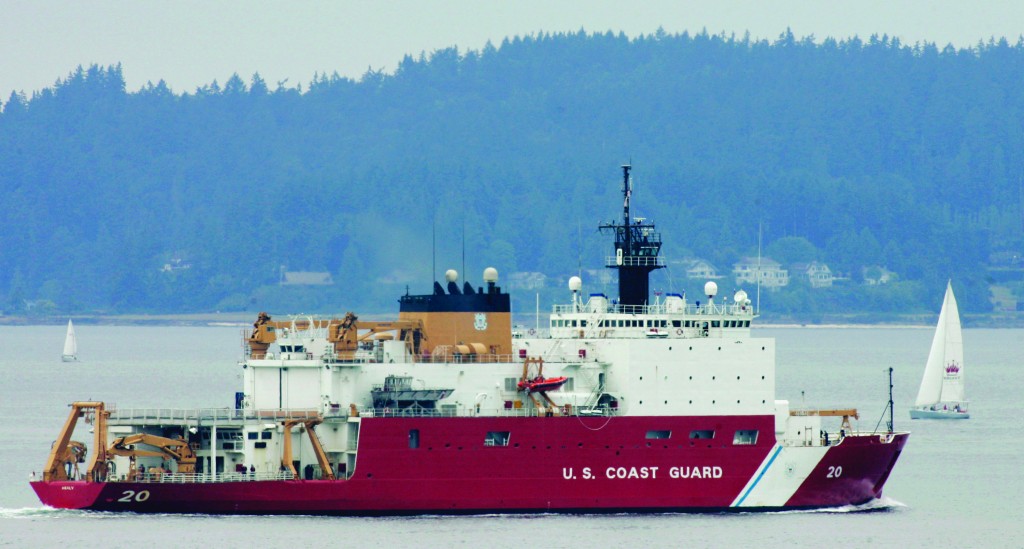 The U.S. is racing to keep pace with stepped-up activity in the once-sleepy Arctic frontier, but it is far from being in the lead.

Nations across the world are hurrying to stake claims to the Arctic’s resources, which might be home to 13 percent of the world’s undiscovered oil and 30 percent of its untapped natural gas. There are emerging fisheries and hidden minerals. Cruise liners are sailing the Arctic’s frigid waters in increasing numbers. Cargo traffic along the Northern Sea Route, one of two shortcuts across the top of the Earth in summer, is on the rise.

The U.S., which takes over the two-year rotating chairmanship of the eight-nation Arctic Council in 2015, has not ignored the Arctic, but critics say the U.S. lags behind Russia, Norway, Sweden, Finland, Iceland, Canada and Greenland (a semiautonomous territory of Denmark).

“On par with the other Arctic nations, we are behind — behind in our thinking, behind in our vision,” Sen. Lisa Murkowski (R-Alaska) said. “We lack basic infrastructure, basic funding commitments to be prepared for the level of activity expected in the Arctic.”

At a meeting near the end of November with Secretary of State Kerry, Murkowski suggested he name a U.S. ambassador or envoy to the Arctic, someone who could take the lead on increasing U.S. activities in the region.

Murkowski is trying to get Americans to stop thinking that the Arctic is just Alaska’s problem. “People in Iowa and New Hampshire need to view the U.S. as an Arctic nation. Otherwise when you talk about funding, you’re never going to get there,” Murkowski said. She added that even non-Arctic nations are deeply engaged: “India and China are investing in icebreakers.”

The U.S. has three aging icebreakers.

The melting Arctic also is creating a new front of U.S. security concerns.

In December, Russian President Vladimir Putin said expanding Russia’s military presence in the Arctic was a top priority for his nation’s armed forces. In 2013, Russia began rehabilitating a Soviet-era base at the New Siberian Islands and has plans to restore a number of Arctic military air bases that fell into neglect after the 1991 collapse of the Soviet Union.

Putin said he doesn’t envision a conflict between Russia and the United States, both of which have called for keeping the Arctic a peaceful zone. But, he added, “Experts know quite well that it takes U.S. missiles 15 to 16 minutes to reach Moscow from the Barents Sea,” a part of the Arctic Ocean near Russia’s shore.

The battle right now is on the economic level. Countries vie for oil, gas and other minerals, including rare earth metals used to make high-tech products like cellphones. There also disputes bubbling up with environmental groups that oppose energy exploration in the region; Russia arrested 30 crew members of a Greenpeace ship in September after a protest in the Arctic.

China signed a free trade agreement with Iceland this year, a signal that it is keenly interested in the Arctic’s resources. And Russia is hoping that the Northern Sea Route, where traffic jumped to 71 vessels this year from four in 2010, someday could be a transpolar route that could rival the Suez Canal.

In the U.S., the Obama administration is consulting with governmental, business, industry and environmental officials, as well as the state of Alaska, to develop a plan to implement the U.S. strategy for the Arctic that President Obama unveiled seven months ago.