General For 2014, Experts Foresee an Economy That Will Hit its Stride 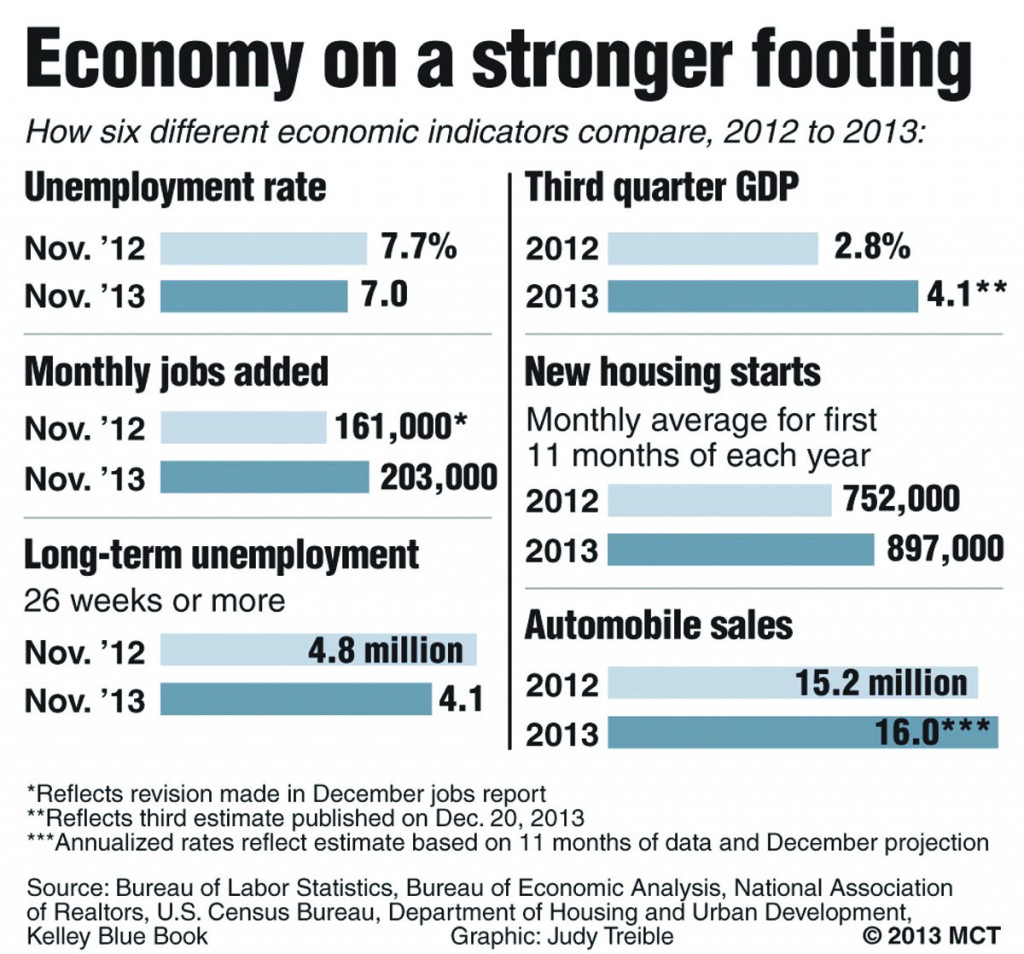 For the first time since 2007, the U.S. economy is poised to start the new year on a strong footing amid a flurry of signs that point to a firming recovery.

From sales of cars and homes to hiring and the booming stock market, there are reasons to finally believe that the coming year will be markedly better than the last, and that a fits-and-starts-recovery will hit its stride.

“I would argue that we’re coming out of rehab finally in the United States,” said Ethan Harris, a top economist for Bank of America Merrill Lynch.

“We have been painting a pretty optimistic picture of 2014 U.S. growth,” Scott Anderson, the chief economist for Bank of the West in San Francisco, said in an outlook for the coming year. “Indeed, recent economic releases have added to that rosy picture.” 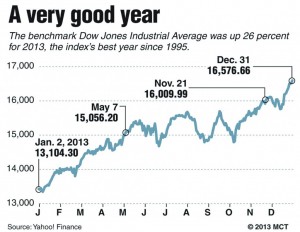 “That inventory build everyone seems to be fretting about does not seem unwanted at all. Rather, it’s a response to stronger demand,” Neil Dutta, the head of U.S. economic research for Renaissance Macro Research in New York, said in a note to investors.

In his final forecast as the chairman of the Federal Reserve, Ben Bernanke said Dec. 18 that the Fed expected growth of 2.8 percent to 3.2 percent in 2014. That’s a bit rosier than the 2.5 percent to 3 percent that most mainstream economists project.

It’s also a stronger forecast than that projected by Martin Regalia, the chief economist for the U.S. Chamber of Commerce, who’s “fairly optimistic” about growth in the range of 2.8 percent to 3 percent.

“We look for a year that is going to look a little better than last as a whole,” he said. “We think that the housing market will gradually continue to improve. Consumer wealth numbers are back up to where they were prior to the recession. That’s going to help provide more consumer confidence.”

Automobile sales are one area that already is reflecting improved consumer confidence.

Analysts expect sales to have exceeded 15.6 million vehicles in 2013, up 8 percent over 2012, according to the car sales reference company Kelley Blue Book.

They anticipate sales increasing another 4.3 percent in 2014, to 16.3 million units. That would be the first time the figure has been above 16 million since 2007, the year before the financial crisis and the Great Recession.

The outlook for the manufacturing sector, an outsized one when it comes to hiring, is cautiously upbeat.

“When I talk to manufacturers about next year, they tend to be mostly optimistic,” said Chad Moutray, the chief economist for the National Association of Manufacturers. “They see their sales and production picking up next year.”

One reason for Moutray’s optimism is improvement in the housing sector. Manufacturing for housing has picked up as new-home starts heat up and more people remodel existing homes. Prices of existing homes rose in 2013 at their fastest pace in eight years, according to the National Association of Realtors.

Homebuilders report that new-home starts are expected to finish 2013 at about 900,000, a healthy clip, though still well below pre-crisis levels of about 1.6 million. The National Association for Business Economics forecasts about 1.1 million new-home starts for 2014.

Sales of existing homes, however, are a wild card for 2014. The combination of rising home prices and climbing mortgage rates may make affordability an issue for many potential buyers. The National Association of Realtors expects the rate for a 30-year fixed-rate mortgage to go above 5 percent by the middle of the new year. It stood at 4.56 percent last week.

Exports will benefit from improvements globally. China’s blistering growth rate has eased, not necessarily a bad thing, but fears of a deeper slowdown didn’t materialize. Japan, he noted, is emulating the stimulus measures that the U.S. Federal Reserve deployed to help bolster growth. The European Union seems to be pulling out of its two-year funk, which was caused by a crisis in government debt among many of its members.

These improvements “will sort of set the stage for fewer head winds, stronger tail winds, going forward,” said Behravesh, who thought the risk to projections is that the economy will outperform expectations, not underperform them.