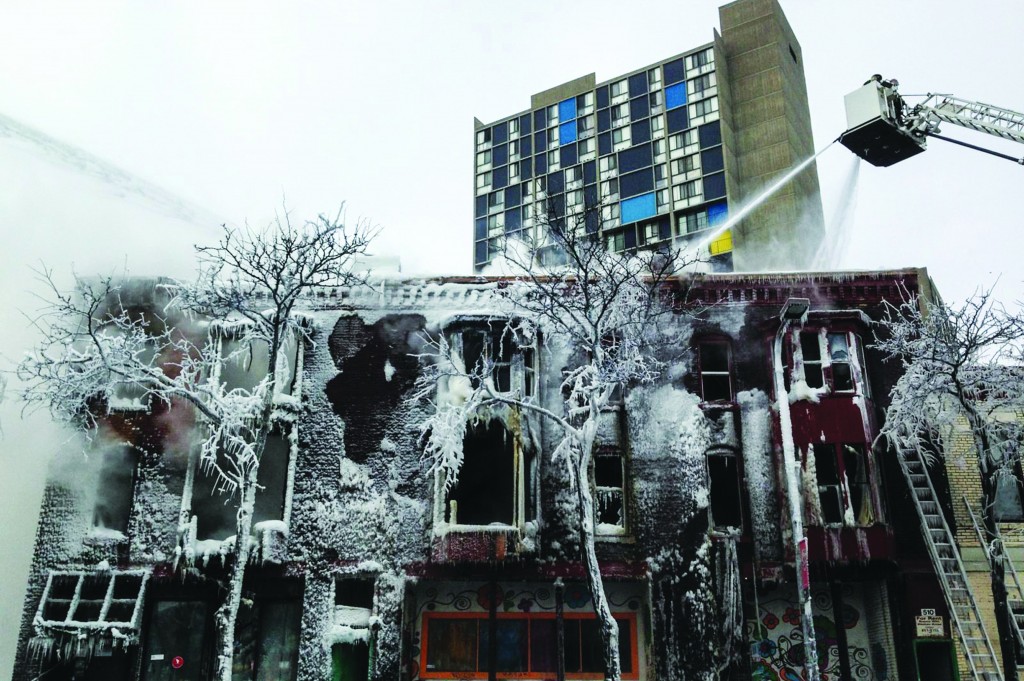 A billowing fire engulfed a three-story building with several apartments near downtown Minneapolis early Wednesday, sending more than a dozen people to hospitals with injuries — some critical — ranging from burns to trauma associated with falls.

An explosion was reported about 8:15 a.m., and within minutes a fire raged through the building, said Robert Ball, a spokesman for Hennepin County Emergency Medical Services. Paramedics responded amid sub-zero temperatures.

No fatalities have been reported, but authorities weren’t sure whether any residents were still inside the building. Its roof had partially collapsed, making it too dangerous for firefighters to enter and sweep the premises, said Assistant Minneapolis Fire Chief Cherie Penn.

A mosque that is next door to the gutted building appeared to escape any obvious structural damage. The Minnesota chapter of the Council on American-Islamic Relations said it was monitoring the fire in case the mosque was targeted, said MN-CAIR board member Zuhar Ahmed.