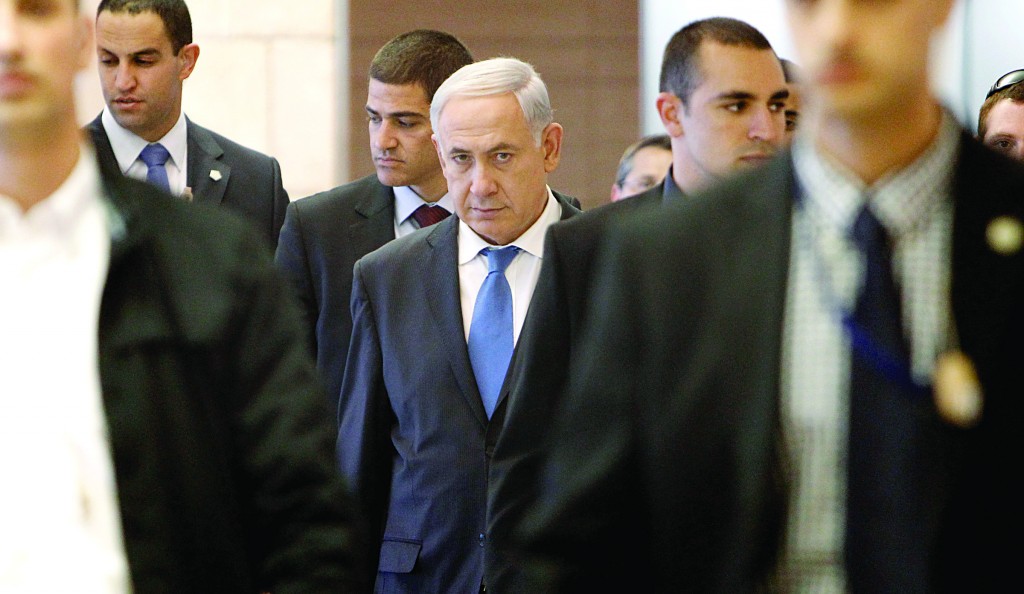 Prime Minister Binyamin Netanyahu is willing to reverse himself and negotiate with the Palestinians on the basis of the pre-1967 lines, Likud sources told The Times of Israel on Tuesday.

According to the uncomfirmed report, Netanyahu would accept the lines — which he has until now vociferously rejected as a starting point — as “a basis for negotiations” in the “framework” agreement being proposed by Secretary of State John Kerry, due in Yerushalayim on Thursday.

However, Netanyahu’s assent is contingent on there being nothing about it in writing. Neither he nor Palestinian Authority President Mahmoud Abbas will actually sign the Kerry framework proposal.

The news follows the return on Monday night of 26 Palestinian prisoners convicted of murderous terrorist attacks, the third in a series of four to be carried out parallel to the nine-month duration of the peace talks.

Netanyahu decried the heroes’ welcome laid out by the Palestinian Authority for the prisoners, saying: “Murderers are not heroes. That is not the way to make peace.”

“The heroes are back,” hundreds of Palestinians chanted as they carried the men through the streets.

PA President Mahmoud Abbas greeted them at his headquarters in Ramallah, where he proclaimed, “We will not sign a final peace deal with Israel before all the prisoners are released.”

Meanwhile, in the Palestinian village of Dahiyat al-Zira, suspected Jewish vandals torched three Palestinian cars and wrote on a house, “Regards to John Kerry — to be continued,” according to Reuters. Israeli police said they were investigating the incident.