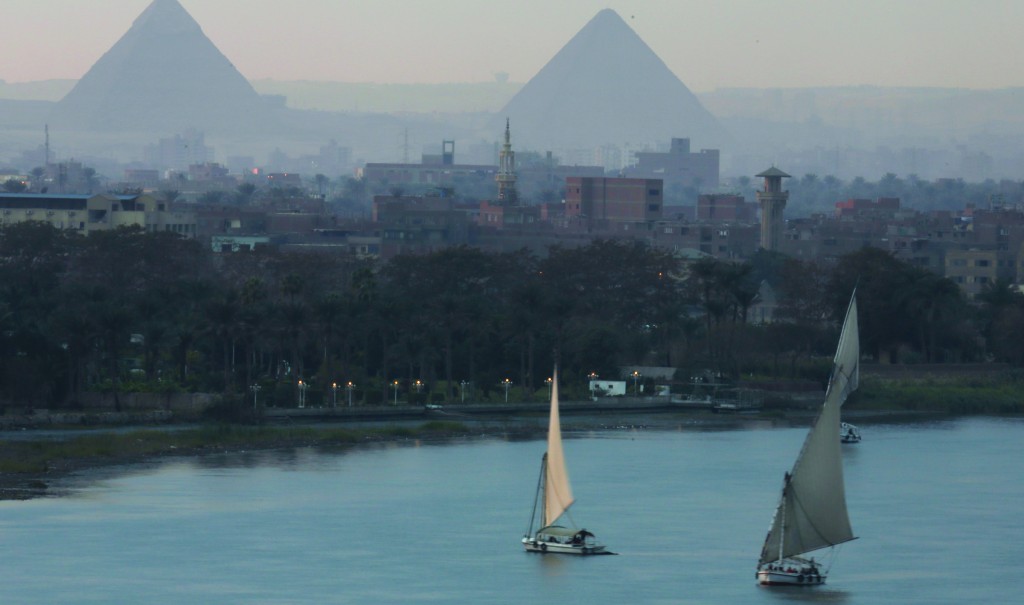 Egypt’s interim government has ordered the assets of more than 500 Muslim Brotherhood and Islamist leaders seized — including those of the country’s ousted president — as part of an ever-tightening crackdown on the group, senior judicial and security officials said Tuesday.

The escalation came as the military vowed to confront “the forces of terrorism and darkness” and protect the upcoming Jan. 14-15 vote on Egypt’s draft constitution. Prime Minister Hazem el-Beblawi called on Egyptians to head to the polls as their “top national duty,” saying that a “heavy turnout” is the only guarantee of a successful vote.

Abdel-Azim el-Ashri, a Justice Ministry spokesman, said that a ministerial inventory committee ordered the “movable and immovable properties” of 572 Muslim Brotherhood leaders seized. Another Justice Ministry official said leaders on the list included toppled President Mohammed Morsi and his family, as well as provincial Brotherhood leaders and members of its General Guidance Bureau, which is the group’s executive body.

A security official said the list also included female Muslim Brotherhood members like Azza el-Garf and the wife and daughter of leader Khairat el-Shater. He said other Islamist leaders include Assem Abdel-Maged, the leader of Gamaa Islamiyah, which waged an anti-government insurgency in 1990s against autocrat Hosni Mubarak.

The two officials said that the list includes those indicted in cases of inciting violence and those are under investigation.

The order is part of a wider state crackdown on the Brotherhood, first banned by a court order in September and declared a “terrorist” organization by the military-backed interim government last week. The court order allowed the government to form the committee that inventoried the group’s finances and ordered their confiscation.

Hundreds of Brotherhood members have been arrested during protests and the Brotherhood’s daily newspaper, Freedom and Justice, also was suspended after security forces confiscated Thursday’s edition.

The government made the “terrorist” designation by linking the Brotherhood to a wave of recent militant attacks targeting security forces without publicly presenting any evidence backing its claim. The move signaled a new era of zero tolerance of the group and ended any reconciliation efforts.

In the latest arrest, Egypt’s official news agency said former Morsi spokesman Yasser Ali was arrested in an apartment in Cairo late on Tuesday. Its not clear what accusations Ali faces as he was not known to be involved in decision-making before he was removed from his post as a spokesman while Morsi was still in power.

The group denies being involved in the attacks and continues to hold near-daily protests demanding the reinstatement of Morsi, toppled in a July 3 military coup after millions rallied against him. Islamic militant groups have claimed responsibility for the bombings and shootings. During his year-long presidency, Morsi allied with hard-line Islamists and held talks with militants in the Sinai Peninsula to negotiate a truce.

The government decision comes as security authorities are on alert for possible attacks on January 1. They also fear the Brotherhood could disrupt the coming constitutional referendum.

In the most recent attack, a military official said that unidentified terrorists blew up a gas pipeline in central Sinai Peninsula late Tuesday. The pipeline feeds cement factories in the region with natural gas, the official said.