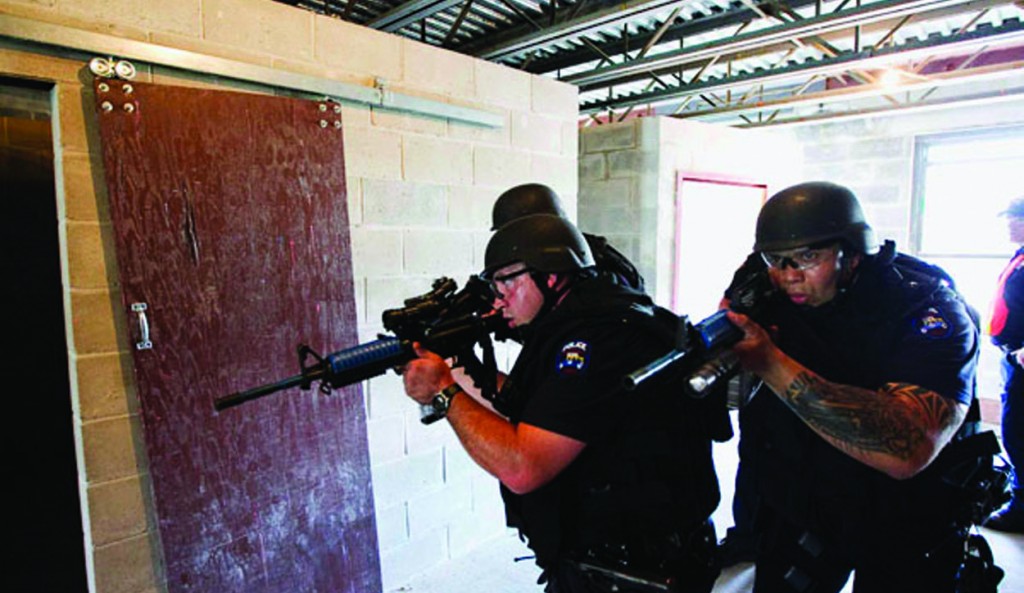 At a recent briefing in lower Manhattan, the New York Police Department gave an auditorium full of private security executives plenty to worry about.

One of the NYPD’s intelligence analysts warned that some New York Muslims have gone to fight in the Syrian civil war and could come back radicalized against the West. A high-ranking officer described drills testing the NYPD’s ability to respond to a dirty bomb attack. And a detective offered a detailed analysis of the deadly siege at a shopping mall in Nairobi, brashly challenging the Kenyan government’s claim that the terrorist gunmen were dead.

The presentations demonstrated the nation’s largest police department’s determination to stay at the forefront of counterterrorism, even as the man who spearheaded the effort — Police Commissioner Raymond Kelly — is headed out the door.

Kelly, whose 12-year tenure ends this month without a major successful terror attack on his watch, repeatedly has suggested that anyone who considers remaking one of the defining initiatives of Mayor Michael Bloomberg’s administration should proceed with caution.

New York “remains squarely in the crosshairs of terrorists,” Kelly said in his final appearance at the recurring briefings. “We must do everything in our power to defend it.”

Mayor-elect Bill de Blasio and his designated police commissioner William Bratton plan to take a hard look at a counterterrorism operation that grew to lengths never imagined before the Sept. 11 attacks.

With the staunch support of Bloomberg, Kelly reassigned about 1,000 of the city’s roughly 35,000 officers to counterterrorism duty, posted detectives overseas to report on how other cities deal with terrorism and spent tens of millions of dollars each year to outfit the department with the latest technology, including a network of security cameras and command centers, to track suspicious activity. Kelly also put the NYPD’s Intelligence Division under the direction of a former CIA official, and directed it to analyze and detect overseas and homegrown threats.

The mission has become so institutionalized at the NYPD that it “would be very difficult to dismantle it” — nor should anyone want to, said Richard Falkenrath, who led the NYPD counterterrorism unit for four years before joining The Chertoff Group security firm. “It’s an extraordinary achievement.”

Bloomberg has heaped praise on Kelly and the NYPD, mostly for overseeing dramatic declines in homicides and other conventional crimes during their tenure together. Both men have credited the controversial stop-question-and-frisk strategy with deterring crime by discouraging criminals from carrying illegal guns.

The mayor has spoken less frequently about the counterterrorism effort. But he has defended claims by the NYPD that it has helped uncover more than a dozen terrorism plots against the city, including what was considered the most serious attempt on the city since 9/11: a failed conspiracy by Najibullah Zazi and two former high school classmates from Queens to bomb the city’s subway system in 2008.

“I could make as cogent an argument there’s double or triple the number that were stopped, we just don’t know about it,” Bloomberg said late last year. Would-be terrorists, he reasoned, might look at the city’s beefed-up security “and say, ‘I don’t want to run that risk.’ We’ll never know.”

The campaign to protect the city has had some unintended costs: The intelligence division has been accused of interfering with federal probes, bringing weak cases against suspected terrorists and being careless with confidential information.

Still, the police headquarters briefing this month made the argument that, under any administration, the city must keep devoting resources to counter a threat that isn’t going away.

Rebecca Weiner, director of the Intelligence Division, revealed the NYPD is trying to track New Yorkers who went to Syria to take part in or to observe the Syrian conflict.

“Our overriding concern is what will happen when they come back,” she said.