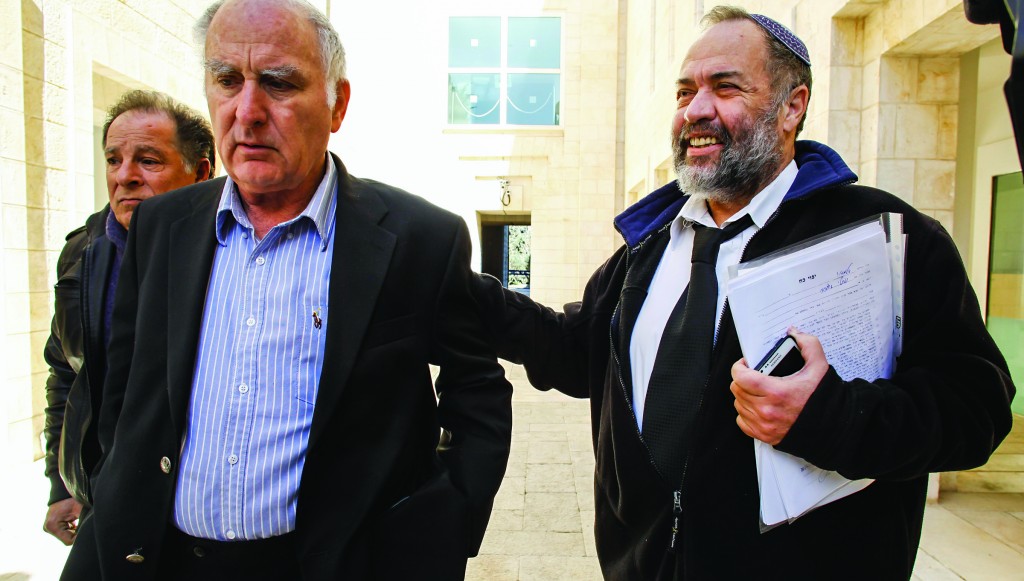 Just hours before the release at midnight of 26 Palestinian terrorists from Israeli prisons the High Court on Monday rejected an additional last-minute appeal for a partial postponement.

The Almagor organization representing families of terror  victims argued in their petition that Israeli Prime Minister Binyamin Netanyahu had reneged on his promise to hold a special discussion concerning the release of five Palestinian terrorists with Israeli citizenship. They sought an interim order to hold up the release until the promised discussion takes place.

Elihai Ben Yishai, brother of Ruth Fogel, who was murdered along with her husband and three of their young children in a brutal Arab terrorist attack, Hy”d, came to the High Court for the proceedings on Monday.

“I feel ashamed, I have no words,” he told Arutz Sheva. “I came today because tomorrow they may release the killers of my sister.”

Meanwhile, about 250 relatives of the victims gathered in a chill rain in front of the Prime Minister’s residence to protest the decision.

Earlier in the day, the Court showed some flexibility in a separate hearing about their right to hold a protest march to the east Yerushalayim residence of one of the prisoners. The judges reversed a lower court ban, deciding to permit 15 members of the bereaved families to participate in the march.

The protesters carried black umbrellas along with photos of their loved ones who were murdered by the 26 prisoners. The umbrellas were meant to symbolize the surrender to terror and as a reminder of the Munich Agreement signed between Nazi Germany and British Prime Minister Neville Chamberlin in 1939, they explained.