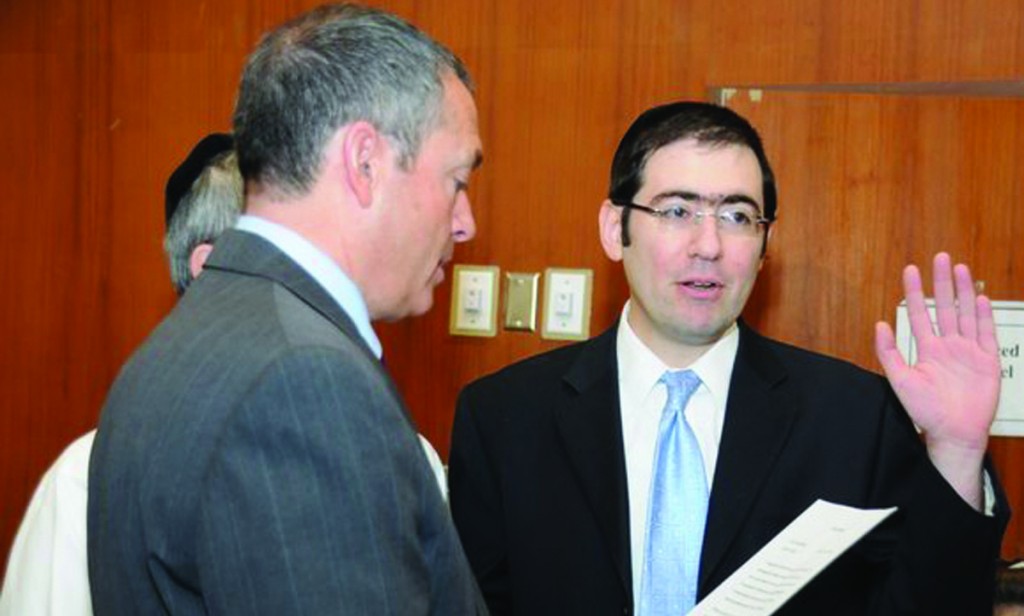 Menashe Miller will take back the reins in Lakewood, serving as mayor for 2014 in a rotation that gives a committeeman the lead for year, TheLakewoodScoop.com reported on Monday.

The decision comes following a meeting between the committee’s three Republicans, who hold a majority in the five-member body. They also chose Lakewood’s outgoing mayor Albert Ackerman as deputy mayor.

“I had an enjoyable year as mayor, and I appreciate the strong support of the Township Committee and the Township of Lakewood,” Ackerman told TLS. “Having said that, I’m ready to pass on the gavel and give someone else the opportunity to serve.”

Miller, who served as mayor for two years before Ackerman, praised his predecessor for his job.

“He has done a fabulous job,” Miller said, “and I look forward to working together as a team.”