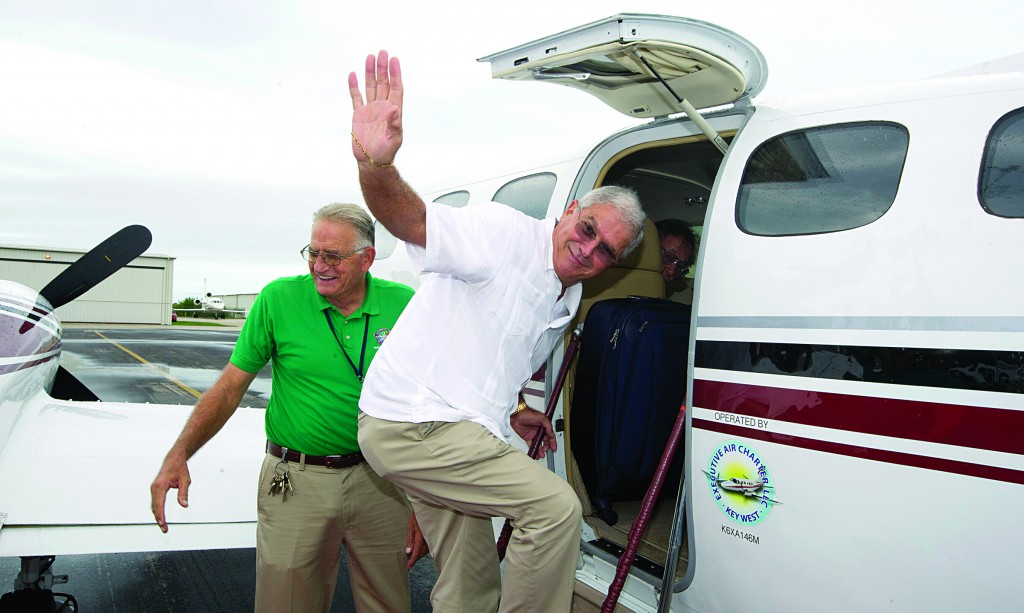 “This is just a test run,” Horton said. “Whether this is going to come and be a regular service I don’t believe has been determined yet.”

Federal officials granted Key West the green light to resume flights to and from the island country in October 2011. It took more than two years, however, for the first flight to take off. Charter operators said they had trouble getting all of the required approvals from U.S. and Cuban authorities. They have also struggled with capacity issues: Key West is currently only approved to process 10 passengers and crew from Cuba at a time.

Cuba and Key West have a long and interwoven history. Before the 1959 revolution, there was regular flight and ferry service to the island. Residents could fly to Havana for lunch and be back in Key West in time for dinner.

The Key West travelers are scheduled to meet with Cubans at botanical gardens, organic farms and cultural centers.

“We’re doing some really meaningful things there, working with botanical gardens, scientists, researchers, all the people there to help preserve their environment and ecology,” said Carolann Sharkey, the trip organizer.

Key West Mayor Craig Cates flew to Cuba with the group, but returned without going beyond Havana’s airport terminal.

“We’re 90 miles from Cuba,” Cates said. “We’re closer than Miami. We haven’t had flights over there in 50 years. It’s going to be great for the city of Key West — cultural exchange, historic exchange, to be able to go back and forth directly from Key West.”